At first, we thought we could provide an overview of each day, or both days combined, but the panels were (so far) so dense with information, they need to be reported on separately.

Harris was actually a call-back from a previous conference. PIMedia focuses on social media for entertainment clients and Harris actually carved out her own graduate degree in the field.

“I was a financial planner, a hypnotherapist, ran a catering business, and was a bartender,” she said, but invested in social media in 2010 when people “thought it was a passing fad.” At the time, only real estate companies were investing in it.

“They weren’t doing it right, but they could see the potential,” she said. “Now we work on social media, web design, email marketing, review marketing. Any business lives or dies by a star (ie, Yelp review or movie rating, etc.).”

“The quantity is a new thing,” Hardin said. “We have to have somebody who oversees all the media platforms for all the clients and can do Photoshop and design and maybe not be a bad photographer, with great verbiage, because I can’t always get the artist to write something perfectly and post a perfect photo. I need someone who can dedicate to those accounts and be quick, taking over Snapchat at a festival, where it will probably be us and the artist coordinating it.”

Fantasia, as a media correspondent, was asked what can drive her crazy about social media. She told a story about an event at Las Vegas’ Palms where a celebrity stumbled out of it drunk and went home.

“None of that was in our coverage. A few people said, ‘He’s a known figure, why didn’t you put that in, that he was staggering drunk?’ That is not news. If he got into a car and mowed down three people, that is news. You have to make those distinctions. Their reputation matters and it’s hard to get it back once it’s out there. That is the thing that drives me crazy.”

“It isn’t just putting stuff on social media,” Harris added. “It’s also thanking the people who share things, responding to comments. You have to engage. We all know about Facebook and its algorithms. Video has to be less than 15 seconds; that’s the new study. Believe it a not, a 30 second video is now too long for our attention span. That’s not just the younger people; it’s all of us because we have a million things coming at us.

“Boosting on Facebook is still the best bang for your buck if you’re trying to get something out there, but you need to do it right. You need to understand demographics and what you’re boosting and working with a budget that’s reasonable. Video is king.”

“When you look at your (social media) budget, think of it as a marathon,” he said. “Every marathon starts with a sprint then settles into a pace so if you’re going to push something out there, with a budget, put something out there with a splash but budget for a campaign. It takes a while to make a branding campaign stick. Also, social media is a beast. You have to keep feeding it and the more you feed it, the more successful you are, which means the more you have to feed it. It’s a never-ending, bitter cycle of ‘I’m doing so well, I don’t have the time to feed it anymore.’”

Harris added, “If you’re a professional, have an optimized LinkedIn profile. If you think that profile isn’t being used, you’re wrong.

“(Despite the recent negative attention) Facebook is still a right of passage,” she added. “The younger kids have Snapchat but everybody has a Facebook page. If you say the kids aren’t on Facebook, the 13 year olds may not be, but they will be.”

“Hashtags are really important but don’t use a thousand of them,” she said. “Three or four are important. More than that and it’s just annoying. And don’t use them in the context. Use them at the end if you can because people hate reading that crap.

“Also use the @ sign. If we have a show playing somewhere, we will actually go out and connect with the most popular restaurants or bars, the universities that are there. Obviously the theatre, too. We’ll connect with them at the show and use the hashtag or the @ sign. What happens then? The restaurant or the bar two blocks away from the venue is now getting publicized by us and they will very often reciprocate. We hope the venue will too. It’s about those spiderwebs, it’s about being proactive.”

“The spiderweb is important,” Hardin said. “That’s how it gets into other feeds. We used to book a show, throw it up on the band’s website and a ticket link, and the promoter would promote the show. That was the extent of it. Now you post on Songkick, BandsInTown, Facebook Events, you announce it on Twitter, Facebook. Snapchat and Instagram are debatable now but Instagram seems to be winning.”

Billups had the entire audience stand up and take a selfie with the panel in the background.

“I just want to stress this point,” he said. “I have a client and whenever he appeared at a corporate event he would do this with an audience and wound up getting a Washington Post article. Playboy did an after-party for the White House Correspondents Dinner and my client got hired for it, all because he would take a selfie with the audience.”

Harris was asked about children. A child actor who is 6 years old may not need a Facebook page because the film company will still hire someone it thinks is right for the part, not because the actor has 50,000 followers on Instagram.

“Six-year-olds don’t belong on Facebook but your agency does,” Harris responded. “And your agency should have permission (for the actor) to be on social media, but you can promote them through the agency page. Don’t put the kids on their own pages. First, it’s a violation and you don’t want to get a backlash from Facebook. Thirteen is the age for social media. However, you guys need to be on your page to promote them. Highlight them, post videos.” 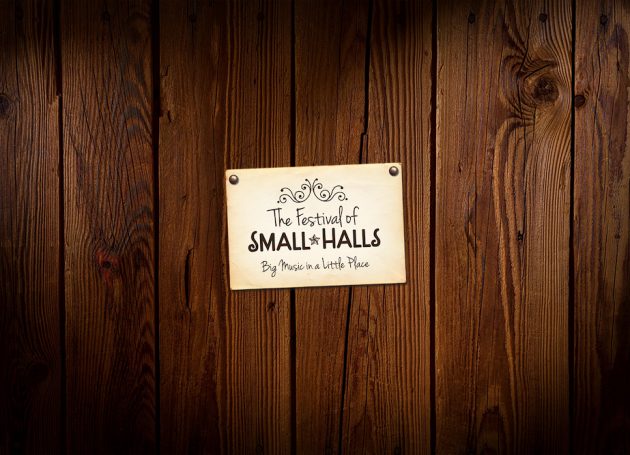 Festival Of Small Halls To Return For 2020