The disconnect between companies and consumers is an ever-present problem in the music/tech industry, with companies like Snapchat frequently having to do damage control in the wake of unpopular updates. Several startup companies are working to capitalize on this disconnect and create a more wholesome option for consumers, several of them doing so with the help of blockchain tech.

Snapchat released an update in February of 2018 that changed their user interface to feature more advertisements on the page where one would typically view their friends’ “Story,” a move that prompted a petition on Change.org to revert this newest edition “back to the basics” before the newest update of this year. This problem resulted in Snapchat experiencing a fall of 8% in the price of their shares as well as a drop of $1.7 billion in market capitalization after one Kylie Jenner tweet about the app seemed to resonate with her followers. YouTube, the monopoly of video content distribution, suffered bad press just under a year ago when their advertising algorithm placed a UK government ad before hateful videos of white nationalists and terrorists. Their parent company, Alphabet, saw the value of their stock fall $26 billion after big companies such as Starbucks, McDonalds and Wal-Mart pulled their own advertisements off of the site to avoid the same situation. YouTube now makes a point of being ‘advertiser-friendly’, and controversially de-monetized some content creators for fear of losing the advertising of big companies again, a move that rallied popular YouTubers and their audiences.

This disconnection between company and consumer appears on every social media platform and attracts complaints from advertising and the algorithms to the user experience. There is no doubt these companies are still the top players. YouTube alone reaches over a billion people and has a larger reach than any TV network but several startups are working to create a more wholesome economy for social interaction online, and many of them are integrating blockchain technology.

Lino, a startup out of Silicon Valley, describes itself as a “decentralized autonomous video content economy.” They aim to promote great content by incentivizing the contributors through their cryptocurrency called ‘LNO tokens’, distributed as blockchain-based micro payments. To generate these tokens, users create content to share among the community and viewers are rewarded for curating content. As a result, there is no middleman acting as the distribution network, it is peer-to-peer, making Lino a self-sustaining platform that does not require advertisements to generate income. They received $20 million from a private token sale, of which Zhenfund was the prominent investor, giving this project life and making it a reality.

Lino outlines six main features on their website to help them achieve autonomy: There will be free transactions between users and Lino does not take a cut from purchases or micro-tipping. They have an Inflationary Currency System to incentivize all content creation and redistribution. They will strive to ensure that bots do not exploit the reward distribution or stage a Sybil attack by identifying proof of human engagement. They also emphasize proof of content value by taking the generated revenue for content as its market value. Finally, there will be a decentralized content distribution network and decentralized storage achieved through auction, where users can propose any storage solution that meets their criteria.

But what does this have to do with the music industry? Streaming services like Spotify are attracting similar criticism from artists, who are discontent with the distribution of royalties. Spotify has been in hot water regarding the use of unlicensed songs on their platform, with David Lowery and Melissa Ferrick suing them in 2016 for $150 and $200 million respectively, and most recently a $1.5 billion lawsuit filed against them by Wixen Music Publishing for having these songs available without the correct license.  And, like Lino, several start-ups are aiming to solve these issues through blockchain and peer-to-peer relationships. Two such start-ups trying to make this happen are Choon and Voise.

Choon is a streaming service created by music producer and DJ, Gareth Emery. It runs on an open-source, blockchain platform called Ethereum that allows consumers to use their ‘NOTES’ tokens to listen to their favorite artists. One of the most important features of this new streaming service is that artists are paid almost immediately after their song gets streamed through the use of ‘Smart Record Contracts’:  Payment slips for pieces of music that allow for an instant deposit of NOTES into ‘Smart Wallets’ as well as a transparent and honest record of the transactions in an open ledger. They claim to give 80% of the proceeds back to the artists, keeping 20% for ‘operational costs’, as well as to compensate listeners for curating playlists or listening to sponsored songs.

“The Challenge” as described on their website, is to overcome the current music industry that “no longer represents the most important people: Artists and Listeners.”  Emery is trying to push the distribution of music forward, and by doing so, he will potentially be disrupting the ecosystem of the incumbents by making the intermediary stage of the music industry less significant by promoting a direct consumer-to-artist relationship. Speaking in an interview with Billboard, he said that Choon was not looking to “stream The Beatles, or indeed any music that’s signed into the old legacy system of major labels and publishers” for fear that working with these entities would force their business back into the old model.

In order for them to achieve this, they have implemented several features to make themselves much more user friendly and transparent. For example, their cryptocurrency, NOTES are not required to purchase streaming packages because these are initially being tethered to US dollars, making it easier for everyone to purchase them. Artists also have the ability to set their own prices for downloads, allowing for more flexible marketing strategies (In their whitepaper, Choon gives the example of a niche artist that might want the option to charge more for her downloads because her fans are willing to pay that amount.) The Smart Remix Contracts provided by Etherium allows artists to remix another’s work as well as determine the royalty splits for such remix. This is a new way of navigating the exclusive right of derivative works held by the copyright owner, as it makes the process much less convoluted and ensures the artist knows exactly who is using their work and how much they are getting from each stream.

Voise is another platform based off the same open source blockchain, Ethereum, and works in a similar way. Like Choon, it is a is peer-to-peer network and it uses smart contracts to efficiently allocate the royalty revenues and they work to favor the artist in their decentralized economy. However, Voise aims to give the artists 100% of their revenues once they are verified and set their own price for their content. They have other features that make them unique, such as the development of a Decentralized Autonomous Organization (DAO) smart contract to control their Radio DAO playlist, where users can stake their tokens to rank songs and determine the “priority in which it will be played on the platform.

They outline their long-term goals in their whitepaper, such as implementing themselves with other cryptocurrencies to be used as payment, organizing events around the world and to expand to other forms of digital media.

However, start-ups such as these may not be the only foreseeable solution to ‘the’ problem encountered by streaming services: the use of unlicensed songs and the inability to efficiently and adequately pay mechanical royalties. The Music Modernization Act aims to combat this as well, creating the Mechanical Licensing Collective to distribute mechanical royalties under a blanket license. This allows streaming services to only provide the usage reports to the database, making the process much less reliant on the companies hosting these songs and will hopefully remedy this issue. The MMA could see these problems dissipate, pushing current streaming platforms into a more sustainable future. Spotify already has made steps to combat this such as the acquisition of blockchain start-up, MediaChain in April of 2018 to “develop better technology for connecting artists and other rights holders with the tracks hosted on Spotify’s service,” but the Wixen lawsuit in early 2018 shows that this may not have been as effective as intended.

With regard to the growth and sustainability of blockchain, the increased attention attracted by this new technology also highlights some of the negative impacts and potential flaws in its design. In a Forbes article by Saeed Elnaj, he discusses how Bitcoin and Cryptocurrencies are somewhat cumbersome to blockchains, using the comparative analogy of the engines in planes and cars to the first Ford Model T car. He highlights problems such as environmental impact, citing the Bitcoin Energy Consumption Index that estimates its annual electricity consumption at 61.56 TWh, a usage similar to that of Switzerland, that has risen from approximately 11TWh in a year. CEO of Guardtime, Mike Gault, points out that financial institutions such as banks would and could not adopt blockchain, as they are already incredibly integrated entities and their processing systems that interact internationally could not, even briefly, be disrupted without severe consequences.

Gault, Mike. Let’s Be Honest About The Problems With Blockchain And Finance. 3 February 2016. April 2018. <https://techcrunch.com/2016/02/03/lets-be-honest-about-the-problems-with-blockchain-and-finance/>.

Jolly, Warren. The 6 Most Effective Types of Social Media Advertising in 2018. 2018. <https://www.bigcommerce.com/blog/social-media-advertising/>.

Shieber, Jonathan. Update: Lino is launching to be a crypto YouTube with $20 million from China’s most famous seed investor. 5 Feb 2018. 9 March 2018. <https://techcrunch.com/2018/02/05/lino-is-launching-to-be-a-crypto-youtube-with-20-million-from-chinas-most-famous-seed-investor/>. 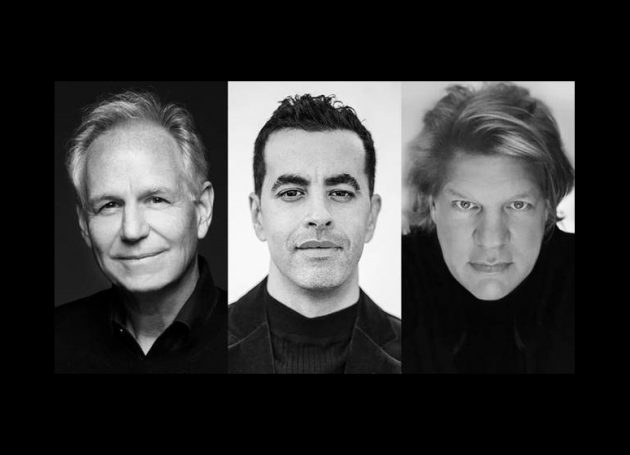