ENGLAND (CelebrityAccess) The late ’80s were filled with college radio darlings that went on to greater heights, like R.E.M and The Bangles, and it was also filled with bands that didn’t reach that level, like Let’s Active, Game Theory and The Three O’Clock.

One of the best-reviewed bands in that latter category was undeniably The Long Ryders. As a member of a movement called the Paisley Underground, the band brought an alt-country sound to the college radio community. For whatever reason, the band never hit the big time the way its friends, The Bangles, did. There have been a few reunions but not much fuss – at least here in the States. For whatever reason, the band always received accolades overseas.

One possible reason for the indifference in the US is because they were ahead of their time; acts like The Jayhawks, Wilco and Lucinda Williams helped build a genre reminiscent of the Long Ryders more than 10 years after the band broke up.

Now the band is touring a new album, Psychedelic Country Soul, its first in 30 years (with The Bangles joining in on some of the harmonies). Here are some of the reviews:

“Puts them right back at the top of a world they helped create.” Mojo (4/5)

“A splendid entry into the contemporary Americana field, one that The Long Ryders hand an underappreciated hand in crafting.” American Songwriter (4/5)

The band’s original line up, Sid Griffin, Stephen McCarthy, Tom Stevens, and Greg Sowders will hit the road starting September 11 in Louisville, KY. It’s the band’s first dates in the US since 2017.

We talked to frontman Sid Griffin about the upcoming fall tour in the states, plus the band’s triumphant European shows so far.

Basically, this is the one question, a question Chris Farley would ask on “Saturday Night Live” …

I really wouldn’t know. I’ve been in England for 27 years.

Well, the question is, “How’s it going?” That can be taken so many ways but, for instance, how did the European dates go?

I don’t see how anybody could complain. I mean, speaking for the band, our complaning days are over. We sort of felt like we got gypped in the ’80s for reasons we don’t necessarily need to get into here but, as for the present day, our album was very favorably reviewed. In the UK – again, I’m better with Europe than America – it was the No. 1 Americana/Alt-Country album on the official charts. It was the No. 1 Amazon.co.uk Americana alt-country album.

I can’t complain; the guys don’t complain. We’ve done really well over here. I am intensely looking forward to playing in America in September and seeing what it’s like over there. I know, for instance, in my hometown in Kentucky and New York City, etc., those cities will be just fine. But what it’s like for those places we’ve never been to in years, where we used to be very popular, like Cleveland and Detroit, where we haven’t played since 1997, but they wouldn’t have booked us if they thought we wouldn’t draw. At my worst I’m guardedly optimistic and at my most braggadocio laden I’m wildly optimistic. Yeah, things are going really well. We just made a great record.

A lot of cities like Atlanta couldn’t get us because we don’t have much time but I hope we’ll come back, hopefully in the spring of 2020.

I’m very optimistic. The band sings well and plays well. Our main concern is that at each gig we need humpers to help us move equipment indoors. We have a couple guys who’ve had hernias but that’s just the way it is when you get old.

The reviews have a recurring theme that you’re getting the kudos that you deserved back then.

Well, I suppose. I wrote criticism for Mojo and Q for about 15 years over here and I more than ever have realized that writing for those magazines reinforce that a lot of it is down to luck. Everybody who collects records – once you get past, say, 300 albums – back in the hard copy days, if you go to someone’s house who has more than 300 records, maybe has 1,000, maybe 6,000, once you start getting into that range you’re starting to talk about a real fan. If you had more than 600 DVDs, you’re a real fan of movies.

Ask any of those people and they will be able to pull out an album from their 300-plus and say, “Most people have never heard of this album but it’s great.”

So, a lot of it’s down to luck. I mean, I know more than my fair share about post-World War II popular music. Every once in a while, somebody will tell me something I’ve never heard of. Could be something new or the old and obscure. So, I’ve learned a lot of it comes down to fate and luck. And I’m not saying of my age group U2 or R.E.M aren’t talented. I’ve bought their records and enjoyed them thoroughly. I am saying there is an element of good fortune in anyone’s story. Anyone‘s story – the Rolling Stones, the Beatles, Elvis.

I mean, think about how many people down South sang a weird combination of country/western and R&B. Carl Perkins, Gene Vincent and Jerry Lee off the top of my head. Elvis was the firstest with the mostest as they say in the Civil War. I’m not trying to badmouth Elvis; I’m just saying it’s down to luck and good fortune.

That’s why people with a record of collection with more than 300 albums can pull out one that you and I may have never heard of. That’s just the way it is.

The Long Ryders, unfortunately, weren’t lucky enough back in the day. We just weren’t. We made a couple of decisions that could have gone either way and they went negatively. On the other hand, the other three Long Ryders and me, and some of the guys who were only in the band for six months or a year, have all talked about how fortunate we were.

We put out this great record – well, I feel it’s great. It’s our best album. There’s not a clunker song on it every one of our other albums have one or two. And I think about all the people I’ve met and all the places I’ve been. When I go back to Kentucky, there are a lot of people that didn’t go anywhere. They had perfectly fruitful lives and raised families and have wonderful, full memories. But when it comes to after-dinner stories, they all look at me. I didn’t work 40 years at the same bank as one of my friend’s did. I think that’s fantastic and I know he made a contribution to my local community, but as a life experience I’m sure there are elements of boredom there, of dullness, and my life has been anything but boring. I can tell you that.

You’re in the States somewhat often?

I used to be when my parents were alive but now I just go over there to work. I haven’t been to the States since we made the album in 2016, 2017. I’ll do this tour and come home. England is now home.

I would, admit to you, that I’d like to come home and live my last few years in America. I’ve been in Europe so long. I would love to spend my last years I’m graced with in the U.S. But I live here very happily.

I recall your album being reviewed on-air on the BBC by Pete Townshend, Paul Weller and others and thinking, “Well, that’s quite a contrast from the attention over here.”

The box set came out in November. There was a box set for State of the Union, which was the original album with B-sides, and disc two of three was the demos and disc three of three was a live album. Then Two-Fisted Tales came out the same day, Nov. 30 in the UK, and it was the same thing – the album, demos and live show pertaining to that tour.

And I looked back at those tracks and I thought Two-Fisted Tales sounded great. I don’t know why they didn’t break us to maybe not REM but a Smithereens level. But it didn’t and that’s just life.

The new one, as I said before and at the risk of braggadocio, doesn’t have a bad song on it. There may be songs you don’t like or not fond of but there’s just not an out-and-out clunker on it. In the bluegrass world, if you hit a bad note, they call it a clam. There’s no clams on Psychedelic Country Soul.

We did 13 shows here in a row. I’m trying to think what was the worst one and I couldn’t honestly tell you. We played the UK, Finland, Sweden, and Italy. We foolishly booked ourselves Easter-eve in Italy, a good Catholic country. We were at an opera house and didn’t draw that well but it was a great show. The next night, on Easter, it was packed out with 800 people in a room for about 600. The fire marshal in the UK would have shut it down in a heartbeat.

But you can’t complain. The show’s good.

Oh! I’ll tell you another one! I did a solo tour with Peter Case and this guy came to the second show and he gave me a plastic carrier bag from his local grocery store and said, “It’s for you.” I looked in there and he had eight bootlegs of the most-recent Long Ryders European dates.

The fans and the reception is out there. He made covers for them and everything.,

We have nothing to lose at this stage of the game and I’m guardedly optimistic that America will go well. I listen to some of my peer groups’ recordings as they continue their careers and our record is as good or better than theirs.

I just couldn’t be happier.

I’m amused. Over here in the UK it’s more ageist. People make a joke at the beginning of the reviews that the Long Ryders aren’t young anymore. I would make this point: the USA isn’t that ageist. We’re not as tribal. In the USA you’ll have a lot of young people at an Elvis Costello or a Rolling Stones gig.

Here, you’ll have kids that will never, ever, ever go see a gig by Steel-Eyed Span when they go on their reunion tour because it’s just considered old, folky nonsense.

But the thing about the Long Ryders is, not being pop stars and identified with one decade or era, works out when you’re older. We’re more identifiable with blues guys. When country & western people went on stage, nobody cares about their age and appearance. It was nice they were rhinestones and the blues guys wear suits. Nobody cares if they have gray in their hair or are overweight. All people care about is if you can deliver emotionally with your music and that’s where the Long Ryders are at.

The question is can we raise the roof and the answer is yes. 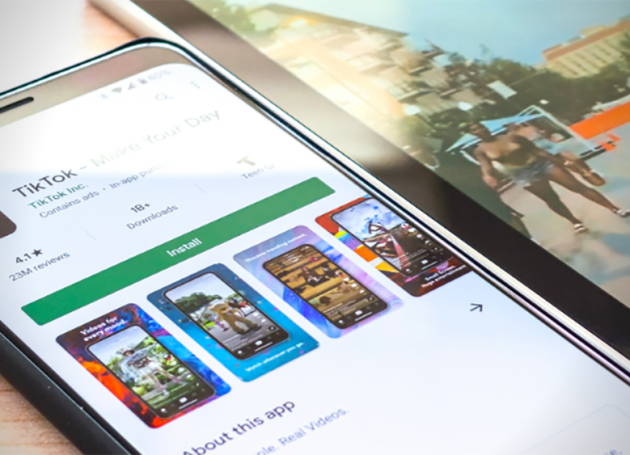