Check the financial pages. Entertainment CEOs make as much as anybody ruling the Fortune 500, even though their companies are oftentimes worth less and generate less cash flow. There’s a self-importance factor in Hollywood…these gents, and they are mostly men, control and steer the culture! That’s a powerful position, and they believe they’re indispensable.

Except in music, in the old days anyway. Music got short shrift because it was uncontrollable and unpredictable. And dependent upon the artists. That’s one thing the Beatles and the classic rock revolution did, wrest control of the art from the suits and give it to the creators. You recorded what you wanted to, you controlled the cover art, the label just had the right to sell it and market it.

But something changed about thirty years ago, the suits and now they were wearing such, took control of the business. And there isn’t a suit alive as credible as an artist when it comes to creativity. The artist has the idea, the suit wants to mold it to his or her vision. Credit Tommy Mottola. He brilliantly squeezed out Walter Yetnikoff and made it about the highly compensated, the finely dressed, exec. Mottola looked at Charles Koppelman’s paradigm and then injected it with steroids, after all, Sony, along with Warner Brothers, had the best catalogs, the best artists in the business.

Turns out Prince was right. On many levels. Career artists are no longer about hits. They’re about their catalog and their relationship with their fans, and the real money is made on the road.

The music survives, Prince survived every one of those suits at Warner Brothers until he fell to fentanyl.

There are two points here. One, who is more important, the artist or the suit, and two, the music business gets no respect, even though the profits from the Warner music labels built the Warner cable system, you see music scales, once it catches fire it takes almost nothing to continue to produce and reap the rewards, especially in the era of streaming, where there is no manufacturing and shipping.

So, for this exercise, the only thing that is truly important is the suits, how they wrested power from the artists and compensated themselves heavily and made like they were the artists. The worst example is Clive Davis, who gives the impression if it weren’t for him, the music business wouldn’t exist. But the truth is he had a very small purview, unlike Mottola or Mo.

Everything’s going along swimmingly in Hollywood until the internet. And when the internet came along, what did the Tinseltown titans do? Deny it, said they were entitled to control and reap the rewards of their wares, ultimately driving recorded music to half of its revenue. They could have embraced the internet sooner, but they were afraid they’d lose their compensation in the process, and nothing is as sacred as an entertainment exec’s salary, bonuses, and stock grants.

But over the past twenty years, something has become clear… We can debate the extent to which Hollywood controls the culture, certainly less than it ever has in the era of social media and YouTube, but one thing is for sure…Hollywood execs are paupers compared to the Silicon Valley winners, and they don’t like it.

If you’re keeping up with the Joneses, and the Hollywood elite thought they were the Joneses, you don’t want to wake up one day and find out you’re far behind.

Every company established a tech fund,  an incubator, investment in tech was the way to riches.

But that’s like asking a musician to play in the NBA, that’s not in their skill set.

But not everybody is stupid in Hollywood. One of the smartest is Ari Emanuel, along with his compatriot Patrick Whitesell. They didn’t care that CAA demanded respect. They formed their own talent agency which ultimately merged with William Morris and they ended up in charge.

But it wasn’t enough.

They saw the landscape changing. They saw the big paydays in Hollywood disappearing. So what did they do?

What the tech firms did, take on money to grow and cash in, big time. Yup, everybody at the now-named WME was waiting for the day when they’d become millionaires, billionaires, just like those they envied up north.

Now the question is, was it more about disruption or envy? Changing the business model before the bottom falls out or making those billions at the top.

It started with CAA, taking on investment. Remember thirty years ago, the breakthrough was that Michael Ovitz took CAA into business advising and commercial making. Once again, it was all about advice. But now it became about assets.

Yup, if you don’t own anything, what have you got?

Well, you used to have a bunch of agents taking 10% and an occasional win in packaging. Good money, but there was less money and no pot of gold at the end of the rainbow.

The agencies decided to go for the pot of gold at the end of the rainbow.

And the funny thing about this was their base was rejected, the talent they represented became secondary, because it didn’t generate enough cash, it didn’t scale. So, the talent was thrown under the bus, or maybe made to sit in the back of the bus, too bad, they had no choice.

Then the writers fired their agents. Their point was clear. Whose side were the agencies on? Were they sellers or buyers? There was an inherent conflict.

But these agencies now owned assets, they convinced themselves that they were sexy, and certainly history is littered with rich outsiders wanting to get in on the entertainment game.

But, as they did twenty years ago, the entertainment execs turned out to be bad seers, poor students of the game. The startup world faded and almost dried-up. You couldn’t compete with the behemoths. Facebook and Google and Amazon…they either bought you or killed you, affecting your upside.

And the bloom was off the rose for tech investors. They were wary of burning their bucks.

But a VCs whole business is based on taking risks. So they continued to do so, someone else had to pay.

Lyft and Uber go public and sink. WeWork turns out to be a fabrication, there’s very little there there. And Peloton has a small customer base, they’re charging too much for the business to truly scale.

And investors realized all this. The game changed.

Endeavor waited too long to get in the game. Hubris. After all, they were desirable, they controlled the content, didn’t they always say that content was king?

Of course not, distribution is king, which is why the cable companies mint money and 5G is going to generate beaucoup bucks. The L.A. execs misplayed their hand, they were out of their depth, they talked disruption, but truly it was about money.

Yup, Clayton Christensen said that the best companies disrupted themselves. Endeavor did this. But, when you disrupt, you have to write off your old bread and butter, your old customers, go from small to mass. And the UFC is mass, but Endeavor still wanted to control the old talent, they wanted it both ways, they wanted to get rich on the backs of their old bread and butter and not pay them. That’s a recipe for disaster.

And it’s not only Endeavor, it’s CAA and UTA too. They’ve taken on these investments, and the investors want their money back.

This is not Warren Buffett, who kicks the tires and buys in for the long term, this is new money, that wants to put in a little to make a lot. And it wants to make that lot in only a few years.

The financial press says Endeavor is hobbled forever. They’re writing the entity’s death warrant, they say if the company ever goes public, the number will be much lower. Also, they say most people have no idea what Endeavor is, what it does. The WSJ just wrote that. Which is a kick in the face to these He-Men of Hollywood. Aren’t they kings?

Turns out they’re not.

Turns out they’re amateurs playing in a sophisticated world who are used to bullying people into submission, their greatest asset is their title, they declare you must play by their rules or you’ll be excommunicated. They create the art, they’re the ones who are talented, the talent itself is just grist for the mill, it can be replaced.

But we don’t have a new Prince.

And we never got a new Beatles, never mind Bob Dylan.

The agents lose sight of their business.

And one thing is for sure, Wall Street knows its business. The Street has learned that oftentimes there’s no there there, that there’s no way to make money, and now investors are shunning those who want to go public at high valuations to reap their rewards, pay back their investors and get rich themselves.

Now these investors, these private equity companies, these VCs…this is their business, very few of their investments pan out, they just need a few to go nuclear, so they can afford the loss, not that they’re happy about it, but they won’t starve, whereas Endeavor hurt not only itself, but the whole entertainment business, now those with cash will think twice not only about investing in talent agencies, but other entities in Hollywood.

And this is kind of funny because for decades, Hollywood screwed outside investors. They let them come to the set, they let them meet stars and they let them lose their money. There was always another mark.

But movies are no longer king. And everyone’s seen this film. They know it can all be smoke and mirrors, they want to investigate. And when Endeavor decided to go public, those with the cash thought they were being ripped-off, overcharged for very few assets, so they said no.

Saying no to Hollywood?

Welcome to the new world. One in which Billy Joel no longer even makes records, where he writes his own ticket, he said goodbye to Hollywood long ago.

And now so has Wall Street. 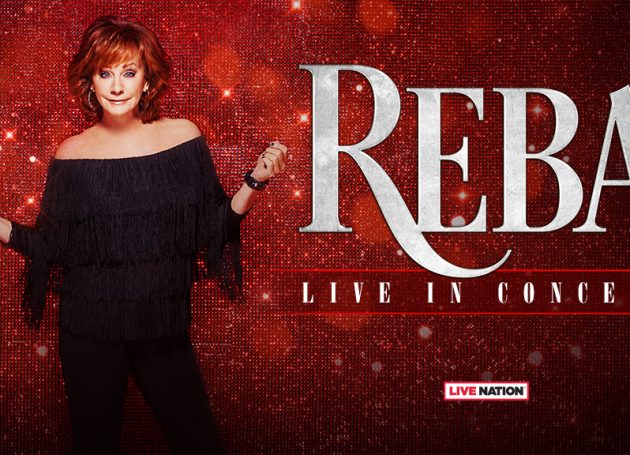