(CelebrityAccess) – The Keith Buckley led band; Every Time I Die (ETID) have split up as four of the five members have left the band. Buckley has been publicly feuding with the other four members of the band, Jordan Buckley (Keith’s brother and guitarist), Andy Williams (Guitarist), Stephen Micciche (bassist) and Clayton Holvoak (drummer) since December via social media. ETID was formed in Buffalo in 1998 and released their debut album, “Last Night in Town” in 2001.

It was the beginning of the end once Buckley took to Twitter announcing he would not be a part of the final three dates of their US tour. In his statement, he did say he would be back for their hometown Christmas show which took place on December 11. Buckley stayed true to his word and did perform on the 11th. “Caring for my own mental health has taken priority over EVERYTHING else in my life. I am taking a hiatus from ETID to prepare for the [Christmas] show”.

In a show of solidarity with their front man, the remaining four members responded that they would continue with the shows sans Buckley and released a statement of their own. “”Mental Health is a real issue and when not treated has an impact on so many people. Keith needs to take this time to rest and prepare for the holiday shows and we wish him a quick recovery. We also understand that so many of you have been looking forward to these last few shows on our tour. We don’t want to let you down, so we’ll be playing these last three shows without a vocalist. Like Keith always says ’this mic is your mic.’ So come and help us finish this tour. Anyone that no longer wants to attend will be given refunds at point of purchase.” All seemed copasetic until Buckley responded to their statement.

In his Instagram post, Buckley stated he was meditating and overhead his own brother telling someone they were planning to replace him with a new lead singer. He suggested the band no longer wanted him due to healthy lifestyle changes he had made recently, including leaving alcohol behind. “Now that I have seen the “official statement” indicating EITD is finishing the tour without their singer, I think I’m ready to tell you all a little bit about exactly why my mental health has had to become a priority over ETID. While meditating in a side room yesterday I overheard my own brother tell an outsider that ETID had been in talks to replace me this entire time.” He added, “Traveling separately, away from alcohol and the behaviors of those who choose to drink, has brought me peace of mind and has made me the best performer I have ever been. Being ostracized from a band I have built for 20 years because I made a decision to do whatever it took to be a good human being hurts me deeply. ” He went on to say the decision was to protect himself from his own brother Jordan. He wrote, “And trust I have receipts”. Considering Buckley’s response, the band fired back saying they were going to cancel the last three dates instead of forging ahead without their lead singer. They also emphasized that they were working with Buckley privately to resolve any issues before the Christmas gig.

It wasn’t the first time Buckley alluded to alcohol in a social media post. Back in July he revealed he was nine months sober, separated from his wife as of January and was focusing on spending time with his daughter and parents. After receiving positive feedback from industry and fans alike, he followed up with,

“I am the happiest I have ever been. I have an inspiring, supportive partner in Angela and a sublime new relationship with not only [my daughter] Zu but my parents and my band as well. I’m also 9 months sober. But what has been most surprising compared to my life just 1 year ago is that I finally feel deserving of your kindness. I have a lot of work to do mending what I’ve broken but I am now strong enough to get started. Thank you for that giving me that power. Sincerely.”

Another blow in the saga came on January 11 when the band announced their upcoming UK tour with The Bronx, Jesus Piece and sanction were cancelled due to “ongoing restrictions [COVID-19] and financial liability for a tour of this size”. The dates were to kick off January 27 and run until February 5.

Lastly, in a statement released yesterday, the band (minus Buckley) announced they would be leaving ETID. In their statement, they outlined that there had been zero communication with Keith prior to the announcement being sent out “because it’s either impossible for direct communication with him solely or we’ve been cut off to any and all communication by him himself”. The four members also insisted “there is zero truth about the band continuing on with a new singer” and are “extremely disappointed” in how this was played out online in front of their fans. They also alluded to an issue where “something planned to be released but not mutually agreed upon that consists of inaccuracies and controls a narrative to the benefit of one”. However, they didn’t elaborate further.

Mystery solved as to what was to be “released but not mutually agreed upon” as Buckley responded with a legal document dated December 20 that outlines the four band members had sought legal counsel to “separate them from him” and a cease and desist to prohibit Buckley from any further negative statements about them.

Keith is still set to appear with podcaster Matt Stocks in the UK next month for a series of interview shows. Originally, those shows were to promote his books and career as a novelist. As of press time, the ETID Instagram and Twitter accounts were not available. 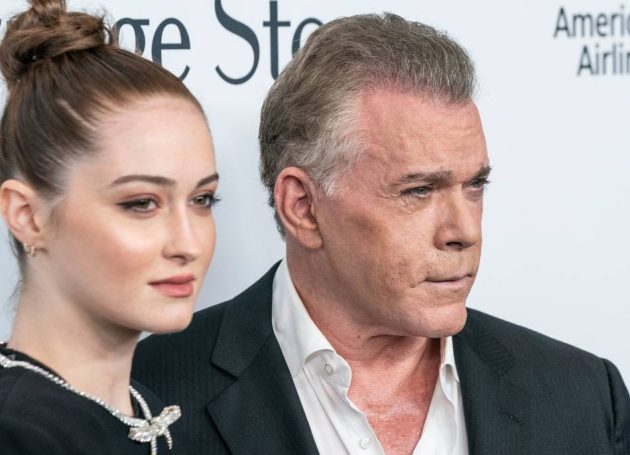