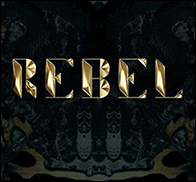 TORONTO (CelebrityAccess) — A 19-year-old woman died and at least two other people were hospitalized for suspected MDMA overdoses after an all-ages EDM party at Rebel nightclub.

Toronto police constable David Hopkinson told the Toronto Star that officers responded to six reports of overdose at the club during the event, but in three of the cases, the clubgoers declined treatment and refused to answer questions about the source of the drugs.

According to CityNews, one of the two reported as hospitalized of alleged overdoses was a 16-year-old girl who remains in critical care.

Members of the City Council have called a for a review of the incident.

“When you have a big star playing and you know it’s a younger crowd that likes a certain type of drug, there needs to be a very strong medical plan for what can and mostly likely will be, overdoses,” City councillor Paula Fletcher told CityNews.

Rebel, formerly known as the Sound Academy, is located at Polson Pier, in what used to be the Sound Academy. It is owned by Ink Entertainment, who subsequently issued a statement addressing the incidents:

We extend our sincerest condolences to the family and friends of the patron who passed away, and will keep them in our prayers during this difficult time.

REBEL has a zero tolerance drug policy, and also subjects every patron entering the venue to a full search. Anyone who is caught with an illegal substance is immediately denied entry. We employ an EMS company on-site for every music concert and club night.

The event on Friday December 16th was an all-ages concert, with a separated licensed area for 19+ guests.

Public safety and security is our top priority at INK Entertainment and we will continue to ensure that it remains that way with the highest standard of support.

We are fully cooperating with the police on the investigation. Due to the fact that this is an ongoing investigation, we cannot comment further on this matter.