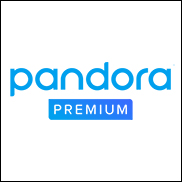 (Hypebot) – Inside Pandora's announcement that is had closed a $150 million investment from KKR and lost less money that analysts had thought, were several statistics beyond the financials that must worry CEO Tim Westergren & Company, as well as, their investors.

1. Just 500,000 have taken advantage of a Pandora Premium free trial

Since it launched its Pandora Premium service in mid-March, just 00.67% of Pandora's 76.7 million active users have opted in for a free trial. There were 1.3 million trial starts across all tiers last quarter.

That's across all of Pandora's tiers. Apple Music has 20 million paid users and 50 million pay for Spotify.

Active listeners were 76.7 million at the end of the first quarter of 2017, compared to 79.4 million for the same period of the prior year.