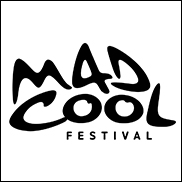 MADRID, Spain (CelebrityAccess) — An acrobat fell to his death on Friday at the Mad Cool Festival in Spain.

The acrobat, Pedro Aunión Monroy, was performing an aerial stunt inside of an illuminated box that was suspended in mid-air by a crane when he fell in front of a crowd of thousands. According to the Independent, Monroy appeared to be about 100 feet in the air at the time of the accident and he appeared to be wearing a safety harness.

Monroy died after the fall, despite emergency workers’ attempts to save his life, the Independent said.

He had been living in the UK with his British partner, working as the director of Brighton-based performing arts company In Fact.

American pop-punk band Green Day, who took stage shortly after the fall, say they were not aware of the performer's death at the time.

“We just got off stage at Mad Cool Festival to disturbing news. A very brave artist named Pedro lost his life tonight in a tragic accident,” a member of the band tweeted following shortly after their performance.

Both Green Day and festival organizers were criticized for insensitivity following Monroy's death, with many fans taking to social media to express their distaste.

Organizers for Mad Cool subsequently released a statement addressing the incident, stating that the decision not to pull Green Day's set was made over security concerns.

We, the festival management, would like to publicly express our absolute grief and desolation regarding the incident that happened yesterday while choreographer, dancer and workmate Pedro Aunión was performing. We would like to express our love and support to all his family and friends at this hard and devastating time.

With regard to the festival´s response in the aftermath of the incident:

2. The decision to not stop the festival immediately was made between the state and local security forces as well as our security management.

3. Mad Cool Festival complied with all the corresponding security measures that are mandatory for the audience, artists and workers at festivals and was prepared for all eventualities. In this situation it was officially deemed unsafe to have a large mass of people moving all at once, with the possibility of violent reactions, due to a sudden cancelation of an event of 45,000 people. The safety and security of the fans at the festival was of the highest order and it was not compromised.

4. Throughout the night and today we worked together in a coordinated way with the healthcare professionals present at the event, as well as the emergency services of the city council and security team. A psychological unit was made available to the family.

5. Mad Cool, would like to honour Pedro in the most respectful way and always with the consent of his family.

6. We believe music and culture are a life celebration, therefore the festival will continue in order that we can pay tribute to all the artists that work everyday showing their talent in front of admiring and appreciative audiences. Pedro was a person totally committed to art, he deserves all our respect and admiration and we strive to ensure this.

7. Mad Cool would officially like to thank the audience for their kindness and support, the security forces and emergency services who worked so hard to keep everyone safe and we offer our gratitude and affection to all at this hard time.