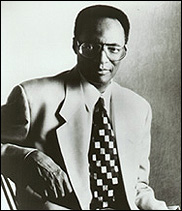 Nashville's Buddy Lee Attractions and Hollywood, CA-based Endeavor talent agency have formed a partnership, marking a first for both — Endeavor's first pairing with a music agency and Buddy Lee's first alliance with an outside talent agency. The staffs and company names remain the same.

The partnership opens up increased opportunities for clients of both agencies. Endeavor will represent BLA artists in all areas such as TV, Film, Literary and Branding Marketing, and establishes a foothold in Nashville.

Endeavor counts Ben Affleck, Matt Damon, Drew Barrymore, Adam Sandler, The Rock, Aaron Sorkin and David E. Kelly among their A-List clients. Their television division has packaged 50 percent of the shows currently on television including "The Practice," "The West Wing" and "Malcolm In The Middle." Plus, 16 of the 30 pilots produced by Endeavor's production and literary divisions have been picked up for next season or for mid-season replacements. The agency also orchestrated the Osbourne's unprecedented second season deal with MTV where the Osbourne's not only retain ownership of future shows, but the entire first season as well.

Buddy Lee Attractions, Nashville's oldest and largest privately owned talent agency, was founded in 1964 as Aud-Lee Attractions. It was fully acquired by Buddy Lee in 1968. Endeavor opened its doors in 1995.

Sprite and Creative Artists Agency have created a new music festival called Sprite Liquid Mix. More than just a concert tour, Sprite Liquid Mix is an expression of the urban experience featuring a fusion of music, street sports, artistic demonstrations, fashion and entertainment. The 15-city summer tour will begin in mid-August and will run through early September.

Sprite Liquid Mix features both established and rising musical artists — rooted in, but not exclusive to hip-hop — whose music reflects the urban experience. Headline artists include: Jay-Z and the Roc-a-Fella Family and group 311. The line-up also includes up-and-comers Hoobastank, Nappy Roots, N.E.R.D. and Talib Kweli with more groups to be announced at a later date.

Sprite Liquid Mix is a joint venture produced by Sprite and Creative Artists Agency. Kevin Lyman of Immortal Entertainment will be co-producing the tour and will also help to create many of the experiential elements of the festival.

"The Sprite Liquid Mix tour brings together artists and people who appreciate authentic expression free from boundaries," said Darryl Cobbin, vice president and brand director for Sprite. "This tour recognizes peoples' thirst for expression — where everyone has the opportunity to experience and participate in various forms of self expression everyday. We at Sprite, say 'Obey Your Thirst'…whatever your thirst happens to be."

"This is a dream lineup of talent that truly blends the best of established and up-and-coming hip-hop and rock," said Rob Light, CAA's head of music and management board member .

Sprite Liquid Mix is a six-hour event, catering to a cross-cultural, ethnically diverse teen and young-adult audience. The Sprite Liquid Mix venue will be an open, safe and constantly evolving environment where fans, artists and athletes participate in the event's free expression and free exchange of music, culture, sport and activity. In addition to headline music acts, attendees may experience and participate in a variety of activities including: full-court basketball, an urban playground featuring street-type skaters and BMX bikers, a giant canvas featuring local urban graffiti artists, an urban fashion row, a music mixing station led by local DJs, and a video gaming area.

Ramsey Lewis and Nancy Wilson have brought their highly acclaimed Meant To Be project to Ted Kurland Associates. TKA will exclusively represent the collaboration and has already started to book them on a worldwide basis. This is the second collaboration by Lewis and Wilson; the first was almost twenty years ago for their studio album The Two Of Us.