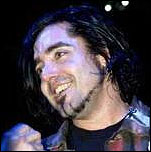 (CelebrityAccess MediaWire) — The 22-date UK leg of Amen’s upcoming European tour has been postponed after singer Casey Chaos was rushed to the hospital during a band rehearsal.

The Los Angeles-based rock group had planned an extensive touring schedule throughout the summer months, with the UK dates kicking off a full scale European tour. In a statement released to NME, a spokesman for the group confirmed that Chaos would need close to two months of rest after suffering internal bleeding from several ruptured hernias.

“Casey is still in the hospital, but should be discharged tomorrow,” the statement read. “He is under doctor’s orders not to move a muscle for at least 8 weeks. However, the band are hoping that they will be able to honour dates in Europe in June, and then reschedule the UK dates.

“All tickets bought will be valid for the new shows when they are announced. The band would like to apologise to their fans for this first time ever, cancellation of shows.”

Another statement on the band’s website read: “We are all very shaken up right now. This could very well have happened 2 weeks from now during a show on the tour, and due to the intensity of Amen’s live shows, it would have most likely resulted in the death of Casey Chaos. We are grateful that it happened at a time when we could address the matter immediately, and feel good to know that Casey is on the road to a quick recovery.

This happened as a result of our rigorous rehearsal schedule, and in a strange way, is our wake up call of how hard we have been working to really resurrect and represent what Amen is about to each one of us.” –by CelebrityAccess Staff Writers