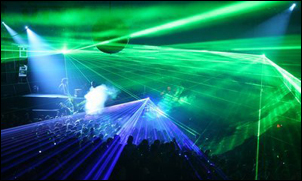 AMSTERDAM, NL (CelebrityAccess MediaWire) — The Amsterdam Dance Event went off last weekend past and drew record numbers of electronic music fans from around the world.

Considered to be Europe's answer to Miami's Winter Music Conference, the festival drew some 72.000 clubbers while more than 700 DJs played over three days at various events held in more than 40 venues around the city of Amsterdam.

Now in its twelfth year, the festival is widely regarded to be one of the top electronic music events in the world. The festival also features a conference, geared for the industry professional and this year's event sold out with more than 1,800 label, producers and promoters making the scene.

Topics covered this year included Public Enemy's Chuck D explaining his views on why many Hip Hop artists are lazy, producers Darko Esser and Warren Fellow talking about the nuances of successful production for dance tracks. Other seminars and programs included a debate between artists and managers about keeping an artist's career on track, the future of the record label and developing markets in eastern Europe. – CelebrityAccess Staff Writers