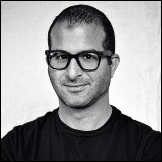 This is in response to an article you wrote on HypeBot (

In the article, you oppose your competitors who “offer to distribute all the music you want, for a fixed fee.”

My company, DistroKid, is the only service I know of that does that. For $19.99/yr, our artists can distribute unlimited music to iTunes, Spotify, Amazon, Google Play, Beats and others — and keep 100% of their royalties.

So I assume you’re talking about us when you wrote that it sounds “too good to be true.”

Your argument against DistroKid is that our model “breaks down as fixed-costs rise higher than the low fees they charge.”

I respect you and your company. As you wrote, you’ve been “at this a long time.” My company, DistroKid, launched less than a year ago.

Your company, InGrooves, helped define the the digital music distribution industry. A lot of the behind-the-scenes technology that makes DistroKid possible was defined, in part, by companies like yours.

But your concern that we won’t be able to keep up with growth, is based on a mistaken assumption that we incur some sort of incremental cost with each artist or album we distribute.

Our entire process is automated.

When an album is submitted to DistroKid, our automated system processes the music files and artwork, scans for copyright & compliance issues, and then immediately sends everything to the stores. The entire process takes less than a minute per song. It runs 24/7 and requires no human interaction.

The only exception is when an album gets flagged for manual review, or if someone emails to ask us a question.

I’m new to the music industry. But I’m not new to scaling large technology businesses. A previous company I founded, which had around $100M in sales and was later acquired, was a digital ad network called AdBrite. We handled more than 1 billion pageviews per day. Each pageview performed a real-time auction to select the best ad from millions of potential ads—and did this all in less than 50 milliseconds per pageview.

If DistroKid processed every single album on Earth, every day, forever, it wouldn’t reach a small fraction of that scale (so far we’ve distributed over 100,000 songs for 20,000 different artists).

Several years ago, I read an inspiring article in Forbes about you and InGrooves (here). You had a quote about the criticism you received when starting InGrooves back in 2002. It stuck with me: “People thought I was nuts,” you said. “I didn’t know anything about the music industry. I just said, ‘Here’s how I think the business should operate.’”

But this time, you’re the incumbent. And I’m the guy that you’re calling nuts.

It’s tricky running a business that I know steps on the toes of people I look up to. But, as I’m sure you can relate, there’s something energizing about being told “it’ll never work.”

I love musicians, I happen to be okay at scaling internet companies, and I think DistroKid is something special.

One last thought- If InGrooves has an incremental cost problem, which it seems you may, perhaps you should use DistroKid to distribute your artists’ music. We’d be happy to have you as a customer and partner. I’m serious.

PS: The founders of our peers TuneCore and CD Baby, have publicly endorsed DistroKid (see the first comment here, and this tweet here). In your HypeBot article, you endorse ReverbNation (without disclosing that they rely on your company, InGrooves, for distribution……), but I think you might find DistroKid inspiring if you gave us a try.