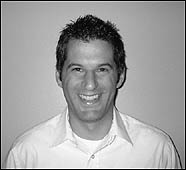 Hollywood, CA (CelebrityAccess News Service) – House of Blues Concerts® has announced the appointment of Anthony Nicolaidis to Midwest Region Talent Buyer, based at the company's Cleveland office. Nicolaidis' duties will include programming at the Scene Pavilion in Cleveland. Alex Hodges, Executive Vice President of HOB Concerts says, "Anthony Nicolaidis will fill a key position for us in the Cleveland and Midwest marketplace. We are very pleased to have recruited a man of his talent and expertise."

Anthony will be working very closely with Bob Shea, Vice President of HOB Concerts, in charge of talent buying in the Midwest territory. Said Shea, "We welcome Anthony to the HOB Team in Cleveland. Anthony's experience and knowledge of the Northeastern Ohio marketplace will be a great asset to the House of Blues operations in Cleveland."

Prior to joining House of Blues Concerts, Nicolaidis was the former GM and Talent Buyer for the Agora Theatre and Ballroom in Ohio. An Ohio native, Nicolaidis started his music career while still in college, working at PromoWest productions. Later, Anthony moved to Boston to work with the Bank Boston Celebrity Series, New England's largest producer of classical and performing artists. Anthony then returned to his native Ohio to The Agora Theatre in 1997. Said Nicolaidis, "I am looking forward to my future with the House of Blues as the Midwest Region Talent Buyer. It is an honor to join this team of ambitious and creative people and I am very anxious to get started!"

House of Blues currently promotes live music at two of Cleveland's premiere venues, Blossom Music Center and Scene Pavilion, and is pleased with the current seasons schedule of shows at both venues this summer, and is looking forward to strong future growth in the marketplace. Says Alex Hodges, "Cleveland has a strong history and legacy in contemporary music and home of The Rock and Roll Hall of Fame. Many great singers, songwriters, performer and bands have originated from Cleveland and we are extremely proud to have played a part in the market for live music over the last two decades and we are excited about our continued commitment to the city." –edited by CelebrityAccess Staff Writers