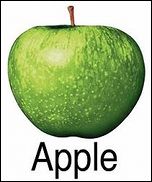 LONDON (Hypebot) – EMI Music has remastered 15 albums at Abbey Road Studios from The Beatles' Apple Records catalog and will release them as CD's and digital downloads on October 26, 2010.

This will mark the first time that Apple has released tracks as digital downloads, but no Beatles albums are included. Instead early albums by James Taylor, Badfinger, Billy Preston, Mary Hopkin, Doris Troy, and Jackie Lomax  – who were all personally brought to the label by The Beatles – will get the digital treament.

The Apple Records albums reissued in the campaign are:

JAMES TAYLOR (1968) by James Taylor
James' debut album was recorded in London in 1968 and remains the hidden gem in his extensive catalogue. A distinctive English sensibility informs this beautiful early work, notable for its original versions of James' signature tunes “Something In The Way She Moves” and “Carolina In My Mind.”

MAGIC CHRISTIAN MUSIC (1970) by Badfinger
Magic Christian Music rejoices in sweet, colourful pop and prefigures the songwriting powerhouse that Badfinger would become. Featuring the worldwide smash hit “Come And Get It,” written and produced by Paul McCartney, alongside two other songs created for the 1969 Peter Sellers / Ringo Starr movie The Magic Christian, based on the satirical novel by Terry Southern.

NO DICE (1970) by Badfinger
The first album with guitarist Joey Molland, No Dice is a watershed collection of power pop that bridges the band's commercial instincts with the classic, no-frills rock that became their trademark. Includes the Top 10 single, “No Matter What,” and the original version of the Ivor Novello and Grammy Award winning “Without You,” made famous by Harry Nilsson, and later Mariah Carey.

STRAIGHT UP (1972) by Badfinger
Long considered to be the group's finest album, Straight Up is a glorious collection of strong melodies, insightful lyrics and deep emotion. Produced in part by George Harrison and containing the U.S. hit, “Baby Blue,” plus the worldwide smash “Day After Day” – featuring George and the group's Pete Ham joining forces on the superb synchronized slide guitar solo.

ASS (1974)
Joey Molland assumes half the songwriting on this, the group's heaviest and most serious album. Ass is solid gold Badfinger, partly recorded at the then state-of-the-art Apple Studios at 3 Savile Row, London, and contains the group's valedictory “Apple Of My Eye,” written by Pete Ham.

POST CARD (1969) by Mary Hopkin
Mary Hopkin's debut is a treasury of popular song. Produced by Paul McCartney and featuring especially-written numbers from Donovan, Harry Nilsson and, in rare songwriting mode, George Martin; plus classics from the Gershwins and Irving Berlin. Mary's pure, folk-inspired vocals make for a beguiling, dreamy album. Also includes her global smash hit “Those Were The Days.”

EARTH SONG, OCEAN SONG (1971) by Mary Hopkin
Issued in 1971, this is Mary Hopkin's coming-of-age collection, packed with socially-conscious, lyrically-aware anthems from the cream of the era's folk protagonists: Ralph McTell, Gallagher & Lyle, Tom Paxton and Cat Stevens. Mary defines her art on this album, coordinated by legendary producer and Mary's husband-to-be at the time, Tony Visconti.

THAT'S THE WAY GOD PLANNED IT (1969) by Billy Preston
Billy's Apple debut, on which he expanded his palette of gospel and R&B to embrace rock themes, features guest players Eric Clapton, Ginger Baker and Keith Richards. Produced by George Harrison, after Billy was invited to The Beatles' Get Back sessions, That's The Way… is a cross-over masterwork that includes Billy's breakthrough chart hit, for which this album is named.

ENCOURAGING WORDS (1970) by Billy Preston
Encouraging Words is steeped in exemplary playing and songwriting… and pure soul. Produced by George Harrison and packed with originals and inspired covers, including “My Sweet Lord” and “All Things (Must) Pass” – donated by George before he released them himself – and the little-heard Harrison-Preston gospel hymn “Sing One For The Lord.” This is Billy on the launch pad just before he rocketed to U.S. No. 2 success with “Outta Space” for A&M Records.

DORIS TROY (1970) by Doris Troy
The self-titled Apple album from the legendary Doris Troy, nicknamed ‘Mama Soul’ by her British fans, is an exciting union of R&B, gospel and rock. It showcases four little-known songs Doris co-wrote with George Harrison, two of which also credit Stephen Stills and Ringo Starr. Other guests include Billy Preston, Peter Frampton and Eric Clapton.

IS THIS WHAT YOU WANT? (1968) by Jackie Lomax
Yes! This is a cracking album of powerful late-Sixties rock and blue-eyed soul by Liverpool vocalist Jackie Lomax. Among the many highlights is George Harrison's White Album-era song “Sour Milk Sea,” given to Jackie and featuring guest players including George, Paul McCartney, Ringo Starr, Keith Richards and Eric Clapton.

UNDER THE JASMIN TREE (1968) & SPACE (1969) by the Modern Jazz Quartet (a 2-on-1 CD)
Two albums of high-class improvisational bebop recorded by Atlantic Records legends the MJQ while on secondment to Apple. With their unique line-up of piano, vibes, bass and drums, the Quartet brought old-style tuxedo excellence and cool organic jazz to the Apple catalogue.

THE WHALE (1970) & CELTIC REQUIEM (1971) by John Tavener (a 2-on-1 CD)
Sir John Tavener was knighted by The Queen in 2000 for his services to music, and he remains one of Britain’s most popular classical composers. Apple's recordings of ‘The Whale,’ his avant-garde oratorio, and ‘Celtic Requiem,’ written for soprano, orchestra and children’s choir, were his first ever full-length releases. He was championed by John & Yoko, and befriended by Ringo Starr.