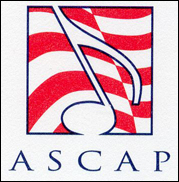 LOS ANGELES (CelebrityAccess MediaWire) — Lionel Richie and Steve Miller will be presented with the prestigious ASCAP Golden Note Award, which is presented to songwriters, composers, and artists who have achieved extraordinary career milestones.

Sara Bareilles will be presented with ASCAP's Vanguard Award in recognition of the impact of musical genres that help shape the future of American music. Past recipients include: The All-American Rejects, The Arcade Fire, Beck, Modest Mouse, the Strokes, Built to Spill, the Mars Volta, Joseph Arthur and Jack Johnson.

Receiving special recognition will be Fergie and Justin Timberlake.

WHAT: 25th Annual ASCAP Pop Music Awards – honoring the songwriters and publishers of ASCAP's most performed pop songs of 2007. Special Awards will be presented in the following categories: Songwriter of the Year, Song of the Year and Publisher of the Year.

The 25th Annual ASCAP Pop Music Awards is part of â€œASCAP I Create Music Week" — an entire week of events being held in Los Angeles to celebrate the voice of the music creator. – CelebrityAccess Staff Writers