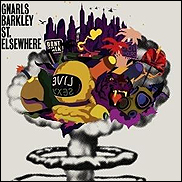 Also on tap via Downtown/Atlantic is the soundtrack to the HBO series, "Entourage," slated for release this summer.

In addition to this new deal with Atlantic, Downtown has formed a partnership with independent Vice Records, also affiliated with both Atlantic and ADA, to utilize Vice's sales staff to work its initial slate of releases.

"I am very excited about our new partnership with Josh and Downtown Records," said Atlantic Records Chairman/CEO Craig Kallman. "Josh is an extremely talented label exec, not to mention an accomplished producer and songwriter, with some of the best ears in the business. Through his many years at Elektra, he is a longtime member of the Warner Music Group, and it's great to have him back in the fold."

"Josh has an impressive history of finding and breaking new artists, and he has already assembled a diverse roster of unique, compelling artists at Downtown," Kallman continued. "He is joined by a terrific, experienced staff, and they are hitting the ground running with an initial slate of great releases. Downtown is rapidly establishing itself as a destination label for cutting-edge talent, and I am very happy to welcome them to the Atlantic family."

"Downtown Records is the realization of a life-long dream for me and I am delighted to have formed this partnership with Craig, Julie and the entire Atlantic staff," said Downtown Chairman/CEO Josh Deutsch. "With our initial slate of releases–Eagles of Death Metal, Gnarls Barkley, Art Brut, and the 'Entourage' soundtrack–I am looking forward to an amazing year and a productive relationship with Atlantic."

"From day one, Atlantic has been incredibly supportive of our artists and our goals on so many levels, and Downtown is proud to be part of such a vibrant culture. Downtown Records is also extremely happy to be part of the ADA family of labels and we are grateful for their out-of-the-box support."

Josh Deutsch was most recently SVP of A&R at Virgin Records for three years, prior to which he was executive vice president at Elektra Records for seven years. In the course of his career, Deutsch has been responsible for discovering and developing Jet, Jason Mraz, Lenny Kravitz, Third Eye Blind, Brooke Valentine, A Perfect Circle, Vitamin C, and Megadeth, among others. He has also served as a staff producer for Virgin, Elektra, and Capitol Records, and is an accomplished songwriter.