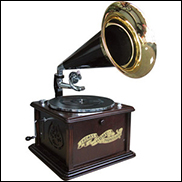 (Hypebot) – A recent review of music sales has revealed 2015 to be the first year where back catalog sales (18 months +) exceeded those of new releases, even with the launch of big name titles like Adele's 25.


Guest Post by Kevin Cornell on the TuneCore Blog


Every year since people have been reading and writing blogs, January has been a time in the music industry to examine the depressing statistics of album sales from the previous year.


While often grim, these articles are an essential part of covering the year-to-year evolution and changes in how music fans consume their favorite genres. (Plus, they’re usually a better read than the comment section in your favorite music blog’s article about the best albums of the year.)


Case in point, a very interesting article emerged on Music Business Worldwide over a week ago, presenting to us that 2015 was the first year in recorded history during which catalogue album sales outnumbered current album sales.


And since no music article is a music article without mentioning Adele, author Tim Ingham pointed out that the pop starlet’s 25 album made up for 7.4 million current sales. That means without her release in 2015, catalogue sales would have cleared any current releases by 11.7 million. (It’s of course important to acknowledge Adele’s position in mainstream music – independent artists don’t necessarily have a lot in common with this sort of star when it comes to sales, whether they’re old releases or new. Adele is worth mentioning in this case because of how much of an impact one album had on the final stats for the year 2015.)


Taking a deeper dive, the Nielsen stats show that there was a larger discrepancy between sales of new albums and sales of past albums in the ‘physical sales’ column than in the ‘digital sales’ column. Not hard to believe when you factor in the popularity of vinyl records – it’s a lot more likely that the 21-year old getting into record collecting is purchasing 2 old Rolling Stones or Velvet Underground LPs than using his or her record player to spin albums released this year.


On the digital front, current albums beat out catalog albums in sales 52.5 million vs 50.9 million, with catalog singles beating current single sales by a larger margin of 484.9 vs. 479.8. This probably comes down to the demographics of those purchasing music: younger fans are more in touch with digital consumption, following their favorite artists on social media and knowing just when their new music is going to drop. Streaming on the whole is being done by a younger demographic, and we see that this group is more likely to stream singles than older consumers, who might opt for a more dated release. This is good news all around if you’re an artist looking to appeal to a wide array of ages.