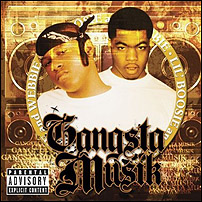 BALTIMORE, MD (CelebrityAccess MediaWire) — A Baltimore promoter has filed a lawsuit against two rappers and their label, alleging that they failed to perform two concerts that they had been contracted for.

According to the Maryland newspaper, the Daily Record Tracye Stafford, the CEO of IKON Entertainment, asserts that Webster "Webbie" Gradney and Torrence Hatch, who goes by the stage name Lil Boosie had been scheduled as headliners for shows at Sonar on December 9th and Club Mate on January 20 but the Louisiana-based rappers failed to show for either event.

Stafford, according to the lawsuit, is seeking $1 million dollars for "direct and consequential damages, un-reimbursed expenses, and attorneys fees."

"They just didn’t show up, twice," said Stafford’s attorney, Paul W. Gardner II told the Daily Record "That really depletes the well of confidence that the public or your consumers have for your product. And that’s a problem."

Stafford contends in the lawsuit that she had sought restitution but had been refused. Trill Entertainment was unavailable for comment at the time of publication.

Lil Boosie scored hits with two charting singles; 2006's "Zoom" off of his album "Bad Azz" and "Wipe Me Down" from the 2007 release "Trill Entertainment Presents: Survival of the Fittest." He also collaborated with Webbie on the 2004 album Gangsta Musik with the hit "Give Me That (Featuring Bun B)" – CelebrityAccess Staff Writers