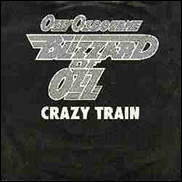 According to a lawsuit filed in Nevada, Daisey alleges that a 2014 audit revealed that Blizzard's US operation had been siphoning off money from the amount owed to Daisey after it was listed as an independent publisher. Daisey claims that he was not aware of and did not approve any such arrangement.

The suit also alleges that Daisey was underpaid for commercial exploitation of music that he has partial songwriting credits on from Ozzy's first two albums "Blizzard of Ozz" and "Diary of a Madman" including the seminal hit "Crazy Train" which is played at just about every major sporting event in the U.S.

Daisey contends that he has been deprived of more than 2two million dollars in royalties from these actions and is seeking a full audit of Osbourne, and Blizzard US, as well as remunerative and punitive damages and court fees.

"For the past 36 years, Mr. Daisley has been receiving bi-annual royalty statements and checks from Blizzard Music, totaling in the millions of dollars, which have been routinely cashed. Mr. Daisley has audited Blizzard Music accounts over the years using several different auditing firms who found no discrepancies. He has previously filed lawsuits in the UK and the US and has lost on each occasion.

"We understand that Mr. Daisley is now in retirement and that these funds are his main source of income, so it is his right to be diligent with his money, but after 36 years, this is tantamount to harassment. We would have hoped that after 36 years that Mr. Daisley would have lost his unhealthy personal obsession and resentment towards Mr. Osbourne's success. Blizzard Music and Mr. Osbourne plan to vigorously defend these proceedings." – Staff Writers