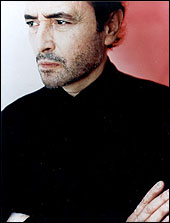 BELGRADE (CelebrityAccess MediaWire) — An October 2nd concert by Catalan tenor Jose Carreras at the Belgrade Arena was canceled just days ahead of its scheduled performance after promoter Dragin Vujin reportedly failed to satisfy contractual obligations for the event.

According to Blic the tenor's manager stated that "Jose Carreras has had a great desire to perform in Belgrade, but the organizer of the concert has not managed to fulfill all his conditions and we are very sorry about it."

A spokesman for the Arena said that Vujin had met his obligations to them, including a 10% deposit but that there had been problems meeting other requirements for the show.

This isn't the first event to go south under Vujin's guidance. Another event Vujin had announced earlier this year entitled Roadfest 07 also vanished like so much early morning mist under the summer sun. Vujin, then operating under the banner of SFL Europe reportedly touted a lineup with numerous bands that weren't actually booked for the event, including Metallica, The Foo Fighters, The Doors and The Prodigy among others.

Vujin, according to Blic, hasn't changed his habit of adopting company names that sound suspiciously like other major industry companies, this time operating under the name AEG Group.

A rescheduling for the Carreras concert had been alluded to but seems unlikely at present, unless the Belgrade Arena steps in. Representatives for Mr. Carreras have declined to comment on if they intend to pursue legal remedies over the late cancellation.

"I hope that this is the beginning of solving the problems present on our market for quite a long time. We need the reliable organizers who will keep their obligations in time. Take an example from Croatia, where the audience began avoiding concerts due to numerous cancellations,”" Djordje Milutinovic, director of the Belgrade Arena told Blic. – CelebrityAccess Staff Writers