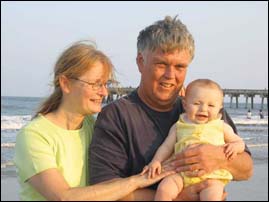 ZURICH, Switzerland (CelebrityAccess MediaWire) — Joe Lennane, 52, died Tuesday December 18th. Lennane was a concert tour manager and had just finished up the last tour date for the band Maroon 5 in Switzerland when he collapsed in a Zurich hotel room from a heart attack, according to his family.

"He was a great guy," Meatloaf said. "He was really loved by the people who worked for and with him, and he will be missed by the music community."

His business partner, John Dubuque, told CelebrityAccess that Lennane was about to fly home to Richmond Hill, Georgia to be with his family for the holidays.
<p.
"The last time I had talked with him was two days before he passed and he told me he was flying home on the 18th," Dubuque said from a concert tour stop in London. "I was planning a similar trip and we talked about how we were both happy to be home for Christmas."
<p.
Dubuque has been partnered with Lennane for 30 years and co-owned the company Tour and Event Consulting Services Inc. which took them all over the world as they managed tours for various musicians.

"Joe is loved by people all over the world," Dubuque said. "There are just so many lives he touched. He’s going to be sorely missed. He had a great attitude, a great laugh – just a wonderful man. And a great businessman; our business is run by a network of friends that have followed Joe. He created a database of key people – whether it be carpenters, guitar techs, travel agents, bus drivers, you name it."

"I was shocked to hear about Joe’s passing," said industry businessman Carmen Romano. "He was an amazing production manager and an even better friend. I will miss him dearly."

Lennane started in the music business on the ground floor and worked his way up the ladder, according to his son Jason Lennane. He got his first taste of management when he became a manager for Joan Jett and the Blackhearts in the 1980s. Dubuque was working with the same management company and the two sparked a business relationship that was the foundation of what was to come.

"He was living his dream," the younger Lennane said. "He always wanted to be in management. He worked hard to get there."

Lennane’s wife is from Savannah. Lennane, was born in the Bronx, N.Y., but lived most of his life in New Milford, Connecticut, moved to Richmond Hill in 1994 when he fell in love with the community and the home he ended up buying, which overlooks the Ogeechee River near the Fort MacAllister Marina.

"He loved Richmond Hill," his son said. "He thought it was growing a bit too fast though. When he got home from touring, you could always find him on the porch – working while overlooking the Ogeechee. The only time he’d come inside was to refill his coffee."
<p.
Lennane did some local promotional work as well. He also promoted charity events through Live Oak Concerts at the Roundhouse Train Depot in Savannah and the Speedway. He organized a Katrina benefit concert there as well. Because of Lennane’s efforts, the Roundhouse now frequently is a venue for shows.

He is survived by his wife, his mother, two children, two grandchildren and had another grandchild on the way.