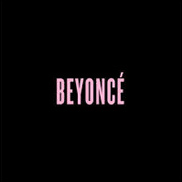 LOS ANGELES (Hypebot) – Beyoncé's "Beyoncé" iTunes release has captured the news cycle with surprising force. What a way to hijack the end of the year! However an exclusive release to iTunes is not to everyone's liking. Now Amazon has joined Target in declining to carry the physical CD while "Beyoncé" will be featured in Starbucks. Beyoncé did show up at a Boston Walmart handing out gift cards in support of physical retail. But overall, despite some resistance to her power move, this release is a real win for Beyoncé.

"Beyoncé" is a huge phenomenon that's gotten a bit overheated in the media as parodied by #BeyonceThinkPieces. As one tweet illustrated:

Similar excesses occurred in music industry coverage but "Beyoncé" is notable for being a direct to iTunes release by a major label artist, for having kept that release a secret and bypassing the traditional release schedule, for its music video format and for totally hijacking seasonal music coverage.


Despite outperforming and partly because of it, "Beyoncé" will not be available at Target in physical form. Amazon is also declining the physical release though they do have the digital download.


Practically speaking a lot of sales have been wrung out of the release plus all these companies are in competition. Sometimes they choose to send a message when competitors receive favorable treatment.


However Starbucks is carrying "Beyoncé". And Beyoncé herself appeared at Boston Walmart handing out gift cards.


Clearly if big artists are going to make new moves they'll have to face some resistance as well. That's just part of business. While not getting the physical CD into some outlets may be viewed as a loss, overall this campaign likely had a huge financial ROI and has certainly outperformed in terms of building Beyoncé's brand. Nice work Team Beyoncé!