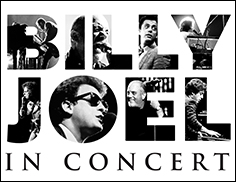 Joel will perform his 37th show of his residency and his 83rd appearance at the storied venue when he takes the stage there on Jan. 11th.

Joel has been playing one sold-out show a month at The Garden as part of the Time Warner Cable Concert Series, for three consecutive years. Joel is the first music 'franchise' for MSG, joining the New York Knicks, Rangers and Liberty as mainstays at the venue.

While no additional shows have been announced for 2017, in the past, similar announcements have come as tickets for the initial show have sold out.

The shows are promoted by The Madison Square Garden Company in association with AEG Live and Q104.3 as a media partner.