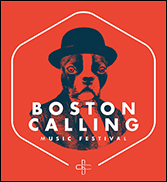 BOSTON, Ma. (CelebrityAccess) — A federal extortion case, in which two Boston city officials were alleged to have forced organizers for a local music festival to hire union workers may not even make it to trial.

The two city employees, Kenneth Brissette and Timothy Sullivan, were accused of forcing rash Line Productions, the organizers of the Boston Calling music festival, hire union labor for the 2014 edition of the event.

According to the Boston Globe, prosecutors filed an emergency motion to ask US District Judge Leo T. Sorokin to revise his proposed instructions for the jury on the grounds that they were too narrow and would be determinantal to their case. Sorokin, at the end of February, said he plans to tell jurors that they must find that the defendants benefited directly from compelling the festival organizers to use union labor at the event.

In their motion, prosecutors argued that the Sorokin’s proposed instructions should adhere to the definition of extortion established in a 1956 Supreme Court interpretation of the Hobbs Act, the federal law that prohibits extortion, the Globe said.

“This court’s Feb. 28 order . . . represents a significant change in the legal landscape, one which would effectively cut the Hobbs Act in half,” Assistant US Attorney Kristina Barclay told Sorokin during a hearing.

“The government wants to make clear that the evidence we intend to present would prove beyond a reasonable doubt . . . that these defendants committed extortion under the statute as it was [established] 60 years ago,” she added.

Judge Sorokin has promised to rule on the motion expediently ahead of the trial which is set for March 26th. If he rules against prosecutors, many observers believe it likely they will drop the extortion charges against Brissette and Sullivan.

“I think [prosecutors] are trying to get the judge to articulate beforehand what standards he’s going to use,” R. Michael Cassidy, a law professor at Boston College told the Boston Globe. “They would rather be able to say, ‘Well, the judge was wrong on the law, so we’re going to have to dismiss.’ I think it’s a strategy to save face.”