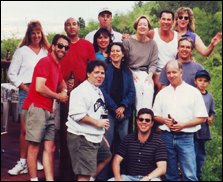 BOULDER, CO (CelebrityAccess MediaWire) — Wendy Kale, a long-time music critic and columnist for the Colorado Daily was found at her apartment on Tuesday, dead of unknown causes. She was 58.

An autopsy conducted on Wednesday by the Boulder County Coroner's Office has yet to determine the cause of death but it has not been ruled suspicious.

Kale got her start by promoting concerts at the University of Colorado's Folsom Field which featured artists such as the Rolling Stones and the Eagles, serving as director of publicity and promotions for CU's Program Council under Phil Lobel. She would go on to work in numerous capacities in the industry, doing public relations for bands and various music companies, making connections that she would later use to good effect as a journalist.

According to the Boulder Daily Camera, Kale first started writing her Club Notes column in 1986 after years of freelancing and eventually became a staff writer in 2008.

Kale was also a fixture in the Boulder music scene and instrumental in the early careers of several notable local bands, including the Samples and Big Head Todd & The Monsters.

"She was an institution, and she was very important for us," Big Head Todd drummer Brian Nevin told the Camera. "To have local press support you and champion you means a lot."

"Wendy Kale may have gone to more concerts than any person in the state of Colorado in the last 20 years," said Don Strasburg, vice president of Denver-based concert promoter AEG Live and co-founder of Boulder's Fox Theatre. "She loved live music. She loved supporting live music and writing about live music and supporting artists." – CelebrityAccess Staff Writers