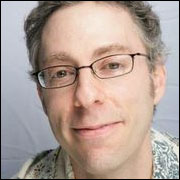 AdRev was founded in 2011 focusing on Content Id and digital licensing. They've grown into a multifaceted business that includes a YouTube MCN but also includes Content ID services for everybody from indie artists to major publishers.

You can find out more about their MCN aka Talent Network here.

Brian Felsen was Director of Business Development at Disc Makers until they acquired CD Baby in 2008. He then went on to become President of CD Baby and BookBaby. Felsen left CD Baby in February 2014.

"Brian is a trusted and seasoned leader who consistently delivers results. He’s uniquely qualified to take the helm with his understanding of the space…I’m confident in Brian's intuitive feel for the needs of artists, publishers and labels, and in his ability to leverage our technology to create exciting new revenue opportunities for rights holders and content creators.”

And Felsen says he's glad to be with a company at the center of current developments:

"I’m extremely pleased to be joining the AdRev team – to be a part of the second fastest-growing media company in the U.S….After years of helping hundreds of thousands of independent musicians and authors distribute their works, I’m delighted to now work at the nexus of music and YouTube, which is where the industry is going and where I can best help content creators get paid doing what they love."

Inc. named AdRev the #2 fastest growing media company in 2014. AdRev handles a broad range of music including the: