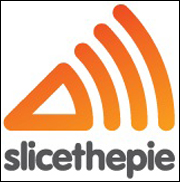 "You cannot isolate yourself from the crowd – even if you want to."

LONDON (Hypebot) – Based on the concept that the wisdom of the crowd is greater than that of a handful of struggling record executives, Slicethepie.com releases its first project Monday, UK indie-rockers The Alps. Completely fan-funded yet professionally recorded and released, The Alps' ‘Something I Might Regret’ is positioned to compete in what the site calls "a climate of poor major label hit-rates and roster downsizing". Dave Allen (The Cure, Depeche Mode) produced and album that Slicethepie hopes "offers proof that great music and innovative business models can offer real hope for this troubled industry".

"But the crowd may be influenced easily,
largely because it is a crowd."

Saving the music industry is a lofty goal for a web site that serves as a financial intermediary between fans and bands. And while this may be the first fan funded full album release by Slicethepie, the band has already released two singles one dating back to 2006 with only limited success.

Unwilling or unable – we'll never know the truth – to garner a real label deal, The Alps are bankrolling this latest project via $10 "Backstage Passes" and other Slicethepie fan funding schemes. And despite taking a cut to broker the deal, Slicethepie offers artists a much higher royalty rate than traditional label deals and 100% ownership of their masters.

Fundamentally, Slicethepie believes it offers "proof that Radiohead’s hugely successful self-release experiment can be replicated even by smaller artists, just so long as they have an established and dedicated fanbase." But how do they get that fan base? It's true that by connecting artists directly to fans, Slicethepie cuts out much of the value chain and give artists higher returns.

Even with cash in hand, can a band without infrastructure actually break through the clutter to reach any level of success? And while the wisdom of the crowd would seem greater than that found in the boardroom, its unclear that voting by PayPal is a better measure of fan commitment than fists in the air at a live performance.

Bands have been self funding for years – its called going on tour.

For decades bands have been selling tickets plus CD's and merch and in the process getting closer to fans than Slicethepie's crafty digital courtship. Sadly for The Alps, with Slicethepie, the story the world hears is the funding model and not the music. They didn't even bother to put the band's web site in the press release.