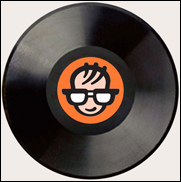 THE MUSIC INDUSTRY (Hypebot) – The music industry is facing many challenges. How can the major labels and the entrepreneurs that seek to replace them adjust to compete in this new and evolving environment?

Part 5. RELEASE MORE RECORDS –
If you are selling fewer copies of each release, the only way to grow market share is to release more records. I don't mean the old throw it out and see if it sticks release schedules. I'm talking about looking realistically at what an artist is likely to sell based on genre and its status in the marketplace and setting the recording and marketing budgets based on a realistic sales goals.

Labels must invest in career growth, but why not do it incrementally? Set a budget to record and launch the release. Maybe its digital only at first or a series of low priced 3 -4 song EP's. If buzz starts, move into Phase 2 of the plan. Sales are growing? Step into Phase 3…and so on. It's almost impossible to force a hit anymore; so why try? Listen to the marketplace and spend accordingly.

But who is going to execute the plan?…

In #4 -Serve The Niches, I suggested that labels build teams of 5 – 20 people who live and breath a particular genre. Give the team a label name and charge them with releasing 10-30 new records a year plus archival product. The exact number can vary depending on the genre, size and success of each team. And if teams know their genres, they'll know where to get a record started and if the audience is responding… because they are the audience.

These teams must do more than just promote records. They need to build careers and in doing so build their label brand. The most successful teams will become hubs for their genres and lifestyle marketplaces serving and monetizing their relationship with fans, but never exploiting it.

NEXT: SERVE THE FAN, READER COMMENTS

** Please note that I've renumbered the series giving each suggestion fro saving the industry its own number rather than each post to avoid confusion.