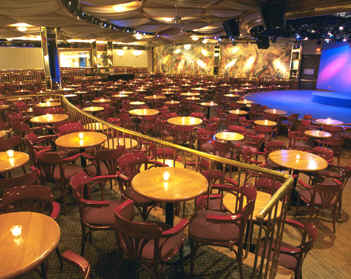 Caravan of Dreams, a downtown landmark in Fort Worth, Texas, is closing after 18 years to make room for popular restaurant Reata, that was displaced from its previous location in the March 2000 tornado.

The club presented an eclectic mix of jazz, blues, pop and rock, and will stage its last show September 29. Caravan's Jerry Thompson said "the Caravan will book some live music into the Bass Hall's 400-capacity rehearsal center that has a full service bar and kitchen."

"I just hate it — hate it," singer/drummer Doyle Bramhall, who has performed at the club more than a dozen times, told the Fort Worth Star-Telegram. "It's like losing a family member," he said. "There are about three or four venues around the country musicians talk about, and Caravan's right up there.

Among the musicians who have performed at Caravan over the years are Harry Connick Jr., Taj Mahal, Los Lobos, Wynton Marsalis, Stevie Ray Vaughan, Lyle Lovett and others.