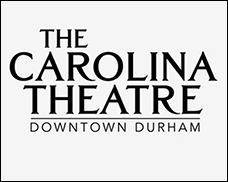 DURHAM, NC (CelebrityAccess) — Eighteen months after a financial crisis threatened to force the closure of the Carolina Theatre, the venue's operators announced that they have erased an estimated $1.7 million net deficit.

Nonprofit Carolina Theatre of Durham, Inc., who operate the venue on behalf of the city, said that it was able to stabilize its financial situation with financial support from fans and patrons, as well as an investment of $600,000 in matching funds from the city. Now, the theater appears to be on firm financial ground and reported an accumulated net surplus of nearly $200,000 at a meeting of its Board of Trustees on July 25.

“The outpouring of support from all segments of our community is testament to the central role the Theatre continues to play in shaping the cultural life of our city and region. I’m happy to report that the arts-loving people of Durham remain fervently committed to a thriving, welcoming and relevant Carolina Theatre,” Interim CEO Dan Berman said.

As well, business has improved at the theater, with both the nonprofit’s self-promoted live events and those of its national partner, NS2, proving successful in generating a significant profit contribution for the organization.

The turnaround for the historic theater is a marked change from December 2015 when the theater was facing possible bankruptcy after accumulating more a $1.7 million net deficit that first came to light over unpaid state admissions taxes. However, audits soon revealed other shortcomings in financial reporting at the venue and The City of Durham and Nonprofit Carolina Theatre of Durham the have filed suit against their former auditing firm to recover losses stemming from the firm’s failure to identify significant errors in financial statements, the organization said.