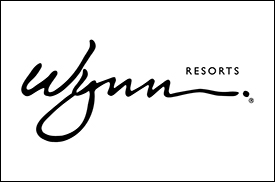 LAS VEGAS (CelebrityAccess) — Billionaire casino boss Stephen Wynn is the latest high profile figure in the public sphere to be enmeshed in a sexual misconduct scandal.

Wynn, 76, stepped down from his role as finance chairman of the Republican National Committee on Friday after he as accused of a years-long pattern of sexual misconduct by dozens of his casino employees, according to a report in the Wall Street Journal.

The WSJ report included dozens of interviews conducted with former employees who detailed an alleged decades-long pattern of sexual misconduct by Wynn, with some employees accusing him of pressuring them into sex acts.

Employees said that Wynn used his influence and power to make them feel dependent on him and intimidated when he imposed requests upon them, the WSJ reported.

According to the report in the WSJ, employees making accusations included a former manicurist who worked at the Wynn Las Vegas shortly after it opened in 2005. The manicurist alleged that Wynn forced her to have sex with him after she gave him a manicure, the WSJ said. The woman filed a report with her supervisors following the incident and was ultimately paid a $7.5 million settlement, the Journal reported, citing sources familiar with the matter.

Wynn denied the allegations, suggesting that the idea he ever assaulted a woman was “preposterous.”

“We find ourselves in a world where people can make allegations, regardless of the truth, and a person is left with the choice of weathering insulting publicity or engaging in multi-year lawsuits,” Wynn said in the statement. “It is deplorable for anyone to find themselves in this situation.”

Wynn went on to attribute the claims to “work by his ex-wife” Elaine, who he says is seeking a revised divorce settlement.

“Elaine has explicitly threatened to slander and destroy me, and I am surprised that the media is allowing itself to be used to advance this agenda,” Wynn said. “The conduct of Elaine during the course of the pending lawsuits has been shocking and deeply disturbing to me personally and as the CEO of Wynn Resorts.”

On Friday, Wynn Resorts’ board of directors reported that it had formed a “special committee of the board composed solely of independent members” and chaired by Patricia Mulroy, a former member of the Nevada Gaming Commission, to investigate the allegations.

“The Board is deeply committed to ensuring the safety and well-being of all of the Company’s employees and to operating with the highest ethical standards,” the board’s statement said.