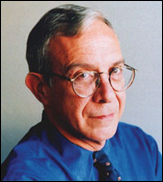 LOS ANGELES (CelebrityAccess MediaWire) – As usually happens this time of year it’s ‘Tis the Season for change, or should one say happy holidays and see you later.

Music Editor Chris Morris is out at The Hollywood Reporter on a day that saw nine others let go in a major restructuring. It is expected that music content from sister publication Billboard will be substituted.

Morris joined the Reporter not to long ago from Billboard where he was previously senior writer for Billboard in Los Angeles, where he worked from 1986-2004. He wrote a weekly column about independent music for 12 years. Morris contributed a bi-weekly column, "Sonic Nation," to the alternative weekly Los Angeles CityBeat. He was music critic for the Los Angeles Reader from 1978-1996. His writing has appeared in the Los Angeles Times, Rolling Stone, Spin, Mojo, LA Weekly, the Chicago Reader, and other publications. Morris annotated Rhino Records' punk rock boxed set No Thanks, for which he received a Grammy Award nomination for best album notes this year.