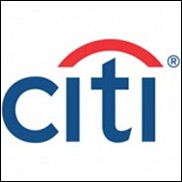 NEW YORK (Hypebot) – The official line is that they are still weighing options, but Guy Hands has reportedly been telling Terra Firma investors that they could loose control of EMI to lender Citigroup before the end of the year.

His statements come a few weeks after he lost a last ditch lawsuit against CitiGroup claiming fraud and just days after reports that several groups of Terra Firma Investors told Hands that they are unwilling to add  more cash to save the debt ridden music group.

But, can a bank effectively run a record label and publishing company?
EMI had actually been turning the corner a bit under new leadership and after massive cost cutting. The music group was even expected to pass a loan covenant test at the end of December, but for Terra Firma to retain control after June of 2011, they would have to invest a further £200m.

Since the appetite for more investment is lacking, Citi could take control of EMI at any time. The bank's next step would almost certainly be to put EMI up for sale.  Potential investors like WMG and BMG are reportedly most interested in splitting up EMI. Publishing could go at a premium, leaving the label group for sale at a bargain price.

More cost cutting and layoffs are also probable, forced either by Citi who has no interest in running a label or loosing more money; or a new owner who has debt to service.  It's also likely that many artists would be cut, left in limbo or at the very least left with less support as a reduced and demoralized staff worries more about their next job and than their next hit.