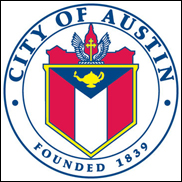 AUSTIN, TX (Hypebot) – Unofficial events occurring during SXSW, especially the "Spring Music Festival" portion, can expect closer examination when requesting permits next year if the recommendations of a report to the City of Austin are taken up. Celebrities may also be under greater scrutiny and new curfews and traffic restrictions could be in effect. While this might sound a bit repressive the main ideas sound like reasonable suggestions given the challenges faced by Austin during SXSW including the growing influx of visitors to both official and unofficial events.

Early this month an evaluation by City of Austin staff was released with recommendations for future events and traffic control during SXSW.

According to Chase Hoffberger at The Austin Chronicle, City Manager Marc Ott was tasked with the evaluation of "Spring Music Festival" delivering the report a bit late possibly due to the complexity of the situation.

This Year's Problems and Tragedies Were Symptomatic

Tyler, The Creator and riot instigator

Rashad Owens, who killed 4 people and injured 20 after driving through a barricade in a busy area of the festival

Suggested changes that can be related directly or indirectly to the above events include rigorous evaluation of permit requests for unofficial events, new traffic restrictions and closer attention to events involving "internationally-known" celebrities.

Other suggestions are simply tightening up the situation such as being able to close a venue, I assume for the evening but possibly not, "where representatives or performers are observed inciting actions that compromise public safety."

While some of the suggestions appear to be reining in unofficial events that's not necessarily a surprising or repressive turn.

SXSW has been doing this for a long time and has found productive ways to move forward working with the City as what is now an important Austin institution. Unofficial events are often organized by folks dropping in for SXSW who may be working with local landlords and agencies but without a sense of place.

Unofficial events, which speak to the incredible vitality of SXSW, impact the situation in unexpected ways including the use of nontraditional spaces. In addition, unofficial events logically want to be up after official events shut down so that leads to obvious problems with noise.

Austin also has to figure out how to deal with celebrities at every level from official to unofficial to just popping in to see what's up. There's only going to be more of that for the foreseeable future which adds an unpredictable crowd issue.

It's an interesting situation from outside given the complexity but no doubt a real challenge for those who have to deal with both the short and long-term consequences.

And, with this year's tragic deaths and injuries, the consequences are quite sobering.