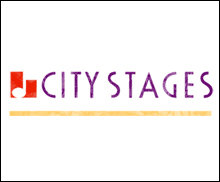 Citing attendance, weather and the current economic turmoil, event organizers had stated in June that 2009 would be the final year for the event, which has been operating in the red for years.

The event had already been in a financially ""precarious position" and had received an infusion of $250,000 from the city (in addition to the $300,000 the city had budgeted for the event) before the curtain came up the Birmingham News reported. The post-event accounting didn't make for a brighter picture and McMillan stated that ticket sales for this year's event were $255,000 below expectations and that beverage sales were also short by $70,000.

"Two major areas were off," McMillan told the Birmingham News. "The beverage sales are a direct reflection of the decreased attendance."

Bankruptcy records revealed that the festival lost more than $168,000 in 2008 and was in already more than half a million dollars in the red at the start of 2009. Overall, the festival is reporting outstanding obligations of between $1 million and $10 million with assets between $100,001 and $500,000.

Among the festival's creditors are The Doobie Brothers band, who claim to be owed $51,000 and the Neville Brothers who are owed $40,500. A number of production and food services businesses are creditors as well, including Alabama Stage Productions Inc. who claim an outstanding debt of $39,932.

Court records also reveal that festival's promoter promoter George McMillan, his daughter and his event consult company McMillan Associates collected more than $355,000 in salaries and reimbursements from City Stages in the past year. McMillan Associates is a separate entity from The Birmingham Cultural & Heritage Foundation and will remain in business. – CelebrityAccess Staff Writers