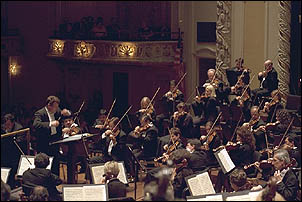 SEOUL, S. Korea (CelebrityAccess MediaWire) — In these dark economic times, classical music has been taking a hit in Asia and several major orchestra tours that were originally planned for this year have gone by the boards.

Faced with unfavorable international currency exchange rates and dwindling sponsorship, many orchestras are finding international touring to be a tough business.

According to the Korean Times, the Radio France Philharmonic Orchestra has pulled out of a planned tour, along with he Dmitiri Kitajenko-led Vienna Symphony.

The Cincinnati Symphony has limited its Asian tour to just Japan, including its October Korean debut with flutist Choi Na-kyung while sponsorship troubles led to the cancellation of a May performance by the Pittsburgh Symphony.