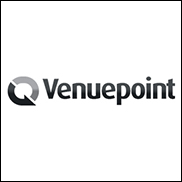 
Nordisk Film will merge Venuepoint, which among others runs Billetlugen in Denmark, with CTS Eventim’s Swedish operation.


The new joint venture will be owned on a 50/50 basis by the two parties, with CTS Eventim consolidating revenues and earnings.


It will operate in Denmark, Sweden and Norway with regional headquarters in Copenhagen.


“Four years ago, we bought Venuepoint and have seen a revenue growth of more than 70% since then. But we have all the time aspired for an even stronger position,” said Christian Folden Lund, Digital Director of Nordisk Film.


“Creating a Joint Venture with CTS Eventim will take the ticketing operation to the next level securing further Scandinavian growth and market innovation”,


“At Venuepoint, we have a deep understanding of our local markets and a loyal and ever growing client base. Partnering with CTS Eventim means that we will be able to provide a new range of state-of-the art technical solutions, products and services to our customers”, said Christoffer Feilberg, CEO of Venuepoint.


“In Egmont, with their broad portfolio of publishing, TV and cinema business and large existing customer data base, we have found the perfect partner in Scandinavia. Venuepoint is a well-established player with a proven business model and big growth potential. We look forward to introducing our market leading technology to the Danish and Norwegian markets with Venuepoint and expanding our market position in Sweden together”, says Alexander Ruoff, COO of CTS Eventim.


Venuepoint is owned by Nordisk Film, which is a part of Egmont, Denmark’s largest media company.


Venuepoint owns ticket portals in Denmark, Sweden and Norway. The company has approximately 55 employees and its headquarter is based in Copenhagen.


More than 120 million tickets for more than 200,000 events are marketed annually via Eventim group systems.