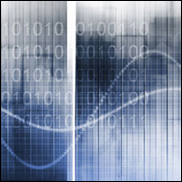 (Hypebot) – To date, music streaming service CÜR has raised $13.6 million in funding, including a recent $2 million in convertible notes. But rumors point to a company struggling to make partial payments to record labels and rightsholders. So the startup has brought in an industry veteran to try to right the ship.

CÜR Media this morning announced that Jim Urie, former President and CEO of Universal Music Group Distribution, has been appointed , Interim President, Interim CEO and Executive Chairman of its Board of Directors. CÜR Media is actively looking for a permanent President and CEO.

CÜR bills itself a "next generation music streaming service" with subscriptions starting as low as $1.99 per month. The service is currently in open beta.

Urie was President of Universal Music Group Distribution for 16 years, and CEO and President for 12 of those years, until his departure in 2015. CÜR founder Tom Brophy will step down from is day to day executive role but continue as a member of the Board of Directors.

"I am excited to become part of CÜR Media and to work with the team," said Jim Urie. "There is a tremendous opportunity to break new ground in the music streaming space, and I believe the CÜR Music offering is poised to do just that. Upon launch, we will be the first streaming service that brings new price points to the market and exciting ways for our customers to interact socially. I look forward to bringing this dynamic product to market."