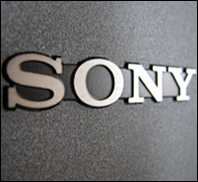 Gold Entertainment is a 50-50 partnership between DEAG and Sony. The new company based in the offices of DEAG in Berlin has two managing directors: Joe Hugger, SVP entertainment and new business division for Germany, Switzerland and Austria at Sony Music Entertainment Germany, and Christian Diekmann, COO of DEAG.

Gold Entertainment is working on plans for tours by German language artists from Sony's label Ariola.

"We want to start a cooperation with a full service package for all our artists of the local product with special marketing concepts, consumer promotion and effective merchandising campaigns, as we know it from the rock and pop business," said Edgar Berger, CEO of Sony Music GSA (Germany, Switzerland, Austria), in a statement.

The JV has already made an acquisition: it has agreed to purchase 66.6% of promoter Manfred Hertlein Veranstaltungs, effective Sept. 30. Terms were not disclosed.

Manfred Hertlein Veranstaltungs, which has been in business for more than 30 years, is a leading German artist promoter whose roster includes Yvonne Catterfeld, Peter Hofmann and Modern Talking.

Part of the deal is that Manfred Hertlein will continue to be managing director of the company for another five years. The company's revenue was more than €12 million ($15.7 million) last year.

"The cooperation with Gold offers us the opportunity to build up newcomers and also to organize tours with already established artists, as for example Hansi Hinterseer," said Hugger in a statement.

Hertlein added, "Because of the changes in the market there is a demand for new ideas and visions. In addition to our already successful existing business we want to discover and build up new artists."

DEAG and Sony already have a joint venture in the DEAG Classics promoter, in which the major has a 49% stake.

"Following our engagement in the segment of classical music we want to also put our input into the [AC] and folk music scene and to break through new marketing ideas," said DEAG CEO Peter Schwenkow.

"With this move both partners want to expand their forces in this growing segment and thus offer artists a full service package," added Berger.