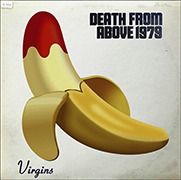 NASHVILLE, TN (CelebrityAccess) — Canadian rockers Death From Above 1979 were forced to postpone a handful of early dates on their planned tour of the U.S., citing visa issues.

In a post on the band's Instagram, they said that due to circumstances beyond their control, four dates had been pushed back, including their opening show at 3rd Man Records in Nashville.

Other affected shows include July 17th at the NorVa theatre in Norfolk; July 18th at The National in Richmond, VA; and the Rock & Roll Hotel in D.C. on July 20th.

The band says that all other shows for July & August are a go. – Staff Writers