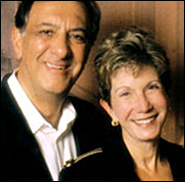 CLEARWATER, Fla., (CelebrityAccess) — Veteran Florida entertainment exec Deborah Nader announced that she has decided to step back from the day to day stress of the business and sell her company to the Mara family with the company now named Nader-Mara Entertainment.

Nader acquired the company in 2000, after her husband Richard Nader became ill. The company primarily services the oldies market and is best known as the producers of the award winning Rock and Roll Revival concert series. The first concert in the series, held on October 18, 1969, at Madison Square Garden's Felt Forum, helped to usher in the oldies revival and became the one of the longest running concert attraction in MSG's history with 21 out of 25 sold-out shows and ticket sales in excess of 400,000.

The "Rock & Roll Revival Spectacular" shows later took the road, touring 80 US cities and 40 colleges along with two runs in Las Vegas, according to Nader Entertainment.

"I am so proud that Tommy Mara will be taking the reins of Richard Nader Entertainment. Richard would have wanted it no other way. When Richard first moved to Florida it was Tommy Mara who showed him around the Tampa Bay area, invited Richard to play cards with his select group of Gary Puckett, Johnny Maestro and Dr. Allen Haimes co-founder of the National Music foundation, and built a lasting friendship with us. I personally can’t think of anyone else who would respect all that Richard dreamed of and built than Tommy Mara," Deborah Nader told CelebrityAccess when we inquired about the sale.

Nader says she plans to oversee the remaining active shows on the books for Nader Entertainment and said she looks forward to remaining in contact with the thousands of friends and fans she and Richard Nader made over the years.

The financial details of the sale were not disclosed. – Staff Writers