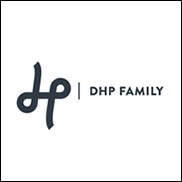 DHP Family, which owns Rock City, Rescue Rooms, Stealth and The Bodega, announced that they have added The Borderline, in London's trendy SoHo neighborhood, and The Garage, in Highbury.

The Borderline will close temporarily to undergo a major physical refurbishment which is scheduled to take place from 23 December 2016 to 15 March 2017. The Garage will also see some upgrades, but will not be forced to close while work is done, DHP Family said.

The two venues join the company's current roster of clubs, which includes Rock City, The Bodega, Stealth and Rescue Rooms in Nottingham; TheKla in Bristol; and Oslo in London.

DHP Family owner George Akins said: “We hope this is a start of new era for these venues. Having delivered a successful model with Oslo, we feel London would welcome more venues offering this type of high quality experience.” – Staff Writers