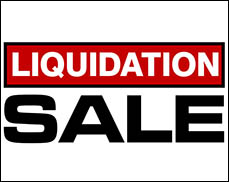 PORTLAND, Ore. (CelebrityAccess) — (Hypebot) – The latest victim of the rapid decline in music sales is indie distributor Allegro Media. It's sudden closure has left hundreds of independent labels with their product locked in a warehouse and no distribution.

Music and video distributor Allegro has shut down unexpectedly, laying off employees and leaving dozens of independent labels in limbo. A source who has worked with the company told Hypebot that 100s of indie labels are affected as Allegro shuts down and its assets – which includes many thousands of CDs, vinyl, videos and other physical product – are liquidated.

"We're trying to get our digital catalog back right now," indie label owner Chris Cline told Hypebot. "We're also being asked to purchase our inventory from the liquidators, inventory which was on consignment. They've also held on to digital and physical royalties which have been owed for some time."

FJ Forest, the owner of indie label Waveform Records, which was distributed by Allegro, told the Oregonian that he had talked to a former Allegro employee who said the distributor laid off "several dozen people" last Friday. "They called employees into a conference room and gave everyone their last checks… (but) didn't tell the labels." Forrest said that he and many other labels that he spoke to had not been paid in almost a year.

Indie label Cappella Romana said that Allegro owed it more than $15,000 in back sales plus seized product valued at another $14,000. Effected labels include Arte Nova, Avie, Challenge Classical, Stone Records, Music & Vision, Priory, Resonus Classics and Winter & Winter and dozens of others.

A statement issued by Allegro said:

The company has engaged, Edward Hostmann Inc., as Chief Restructuring Officer to supervise the process. EHI will be managing the liquidation of the Allegro business lines in an orderly out of court liquidation."