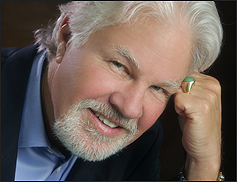 Mr. Schivo will be recognized for his role in the development of Las Vegas as one of the leading entertainment destinations in the world.

“Michael was a pioneer. He brought some of the first rock concerts ever to play in Las Vegas and produced virtually every major rock act and jazz artist capable of performing in Las Vegas Convention Center, the Thomas and Mack Center, UNLV Performing Arts Center and many Las Vegas showrooms,” said event co-chair Lynn Garlock-Wright. “He also established the Las Vegas City of Lights Jazz and R&B Festival and outdoor jazz events at Nevada's Spring Mountain Ranch State Park,” added Wright. “Spyro Gyra is one of Michael’s favorite concert acts. We are fortunate this accomplished band is available to celebrate this evening with their old friend.”

Other award recipients at this year's ceremony include Adam Steck, the founder and CEO of SPI Entertainment, who will receive the NAA’s Leadership Award and Dr. Douglas Peterson, director and conductor of the Southern Nevada Musical Arts Society (SNMAS) for the past 45 years, will receive NAA’s Legend Award for his long-standing encouragement of the arts.

The Gala will also feature a special performance by the jazz fusion band Spyro Gyra, as well as a silent auction of memorbillia. Proceeds will fund student scholarships and NAA advocacy programs.

For more information, or tickets to the gala, check their website. – Staff Writers