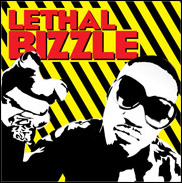 LONDON (CelebrityAccess MediaWire) — Mobo-winning UK hip-hop performer Lethal Bizzle has launched an attack on fans after he was pelted on stage during a performance at this year's Download Festival.

In his blog on The Guardian's website, Bizzle claims that among the bottles and yogurt that festival-goers flung at him, someone threw a banana peel on stage with a racist slur inscribed on it.

"If you want to send out a message about music, fair enough. But what the fuck is the point of bringing in my skin colour?" Bizzle wrote in his blog.

He also admitted that the attacks were not entirely a surprise as he had been reading what people had been writing about his upcoming appearance.

"I found a message board thread with over 100 posts, all of them talking about when I was going to get bottled. By the time I left for the festival I was fully aware that my booking was a problem" he wrote.

Still, the show must go on and Bizzle persevered through the barrage.

"I know the history of Download and that it's really central to the metal scene, that the fans are passionate and protective of their music. And the weird thing was that by the end I had got most of the crowd on my side! I'd showed a lot of balls and I gained respect – 90% of the people there applauded me off. But then I found the racist stuff and my mood totally changed." Bizzle wrote.

This isn't' the first such incident for hip-hop performers at a UK fest – American Rapper 50 Cent was given similar shabby treatment at Reading in 2005 and even Jay-Z has been left with Internet warnings that a similar fate may lie in store for him at Glasto.

Some observers contend that the issue isn't one of race, rather venue with the objection being to hip-hop at a rock-focused festival, however incidents such as the aforementioned banana peel would appear to contradict that.

Despite the atrocious behavior of fans, Bizzle says he'd give it another go if he had the opportunity.

"Being who I am, I’d probably do it again. I'm pretty sure my DJ wouldn't though." he wrote "We’re used to getting looks and things like that when we tour middle England, six black guys getting out of a van, you can see they're looking at you and getting defensive." – CelebrityAccess Staff Writers