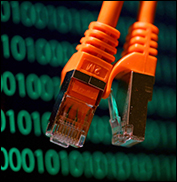 (Hypebot) – Gobble gobble! It seems turkey isn't the only thing on the chopping block this season, with recent info suggesting the FCC is aiming to announce its plan to gut net neutrality the day before Thanksgiving, although whether or not this holiday reveal will help soften the consumer blowback remains to be seen.

Consumer groups believe that the FCC is planning to formally unveil its unpopular plan to gut net neutrality the day before Thanksgiving, apparently in the hopes of burying media backlash in the hustle and bustle of holiday preparation. At that time, the FCC is expected to not only unveil the core text of their Orwell-inspired "Restore Internet Freedom" proposal, but schedule a formal date for the inevitable, final vote to kill the rules.

While announcing bad news right before a holiday works in some instances, net neutrality has been such a hot-button topic for so long, the ploy isn't likely to soften criticism of Trump or the FCC in the slightest. These fairly modest consumer protections have broad, bipartisan support, since our collective disdain for uncompetitive giants like Comcast tends to bridge even the starkest partisan divide. Eliminating these rules is, by any measure, little more than a brazen gift to one of the least competitive and least popular industries in America, and anybody telling you otherwise is either financially conflicted or misinformed.

Consumer groups like Fight for the Future seem to believe they can garner enough support in Congress to try and thwart the FCC's looming vote:

Once the FCC announces a vote, it will become much, much harder to stop them from gutting the rules that prevent companies like Comcast, Verizon, and AT&T from charging us all extra fees to access sites like reddit, and controlling what we see and do online by throttling, blocking, and censoring websites, apps, games, and streaming services.

The good news is that we are hearing from people who are meeting with Congress that there are key lawmakers who are sympathetic to the cause, and considering stepping in to slow down the FCC. But they need to be getting a lot more phone calls from constituents in order to act.

While calling your lawmaker remains a good idea (for reasons we'll get to later), hoping that Congress will thwart the FCC's looming vote remains a long shot. A better chance at scuttling Ajit Pai's plan comes after that rule-killing vote is cast. Given the numerous procedural gaffes and dubious behavior by this FCC (making up bogus DDoS attacks, ignoring fraud and abuse of the FCC website in order to generate bogus support for the move), inevitable lawsuits may be able to convince a court that the FCC blatantly ignored the public interest and violated procedural norms while trying to give telecom duopolies a giant, sloppy kiss.

But fans of a healthy internet need to understand the telecom industry's plan to kill net neutrality remains a two-act play. The first act involves FCC boss Ajit Pai playing bad cop by blatantly ignoring the public and ramming through a 3-2 partisan party line vote. The second act will involve pushing ISP-loyal lawmakers on both sides of the aisle to support a new net neutrality lawcovertly written by AT&T, Verizon and Comcast lobbyists. Said law will be marketed as a "solution" to the fifteen year debate, but will be so filled with loopholes as to be effectively useless. It would, however, prevent the FCC from revisiting the issue down the road.

Expect the FCC's rule-killing vote to come sometime in December, with the lobbying push for a new, ISP-crafted net-neutrality legislative "solution" gaining steam immediately in the new year. You know, for freedom.