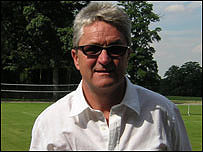 LONDON (CelebrityAccess MediaWire) — New renamed music company Festival Republic, created from the remains of the U.K.’s Mean Fiddler Music Group following the company’s massive name and assets deal with MAMA Group, is planning to branch out into the U.S. with plans to host a new music festival.

According to Billboard.biz, the $12 million sum paid to MFMG by MAMA Group will help to fund an expansion move into North America.

“The principle desire is to move into North America,” Festival Republic managing director Melvin Benn told the site. “I’d like to create a festival in North America. Probably not a boutique festival, but something more closely aligned with Reading and Leeds Festivals.”

Benn told Billboard that he plans to utilize the new Festival Republic brand at every opportunity.

“If we wanted to, we could still operate Reading and Leeds, plus Glastonbury and Latitude under the Mean Fiddler banners. The reality is that we are not going to use it,” he said. “Festival Republic is the new company that I’m running and I want it to move away from the legacy of what was the Mean Fiddler, and to build something that was about the team of people that have created the best festivals in the world.”

Benn said that the upcoming Reading and Leeds festivals gave the company “the chance to get the name out there…I intend to do that to the greatest degree possible.”