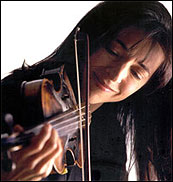 (CelebrityAccess MediaWire) — Folk musician Mindy Jostyn died on March 10 at her home in Hudson, New York, surrounded by her friends and family. She had been battling a brief illness.

Mindy spent much of the last two years recording her fifth album, “Coming Home,” which will be released later this year. She labeled the album as a collection of non-denominational “folk hymns.”

Throughout her career, Mindy toured and recorded with artists such as Carly Simon, Billy Joel, John Mellencamp, Cyndi Lauper, Joe Jackson and Donald Fagen. She released her first solo album in 1995. –by CelebrityAccess Staff Writers