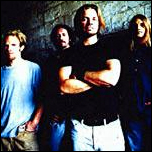 (CelebrityAccess MediaWire) — One fan was killed and three others wounded when an altercation took place in a mosh pit at a Corrosion of Conformity concert at Tampa, Florida's Masquerade club.


According to Tampa police reports, Michael John Pyne, 39, was with his girlfriend in the pit when she allegedly got into a fight with another woman. The club's bartender tried to separate the two women, but Pyne interfered and stabbed four people with his pocketknife before leaving the concert waving the 3-and-a-half-inch blade in the air as he exited.

One man died in the hospital the next morning from multiple stab wounds. The man's wife was also stabbedin the chest and abdomen, but was improving. The two other victims, including the club's bartender, were treated and released.

Pyne turned himself into the police. A police spokesman told The Tampa Tribune that Pyne admitted to carrying a knife, but doesn't remember the details of the attack. he claimed to have pulled his girlfriend away from the fight, only to black out immediately after. He said he "may have" stabbed "somebody."

Pyne has been charged with first-degree murder, attempted murder, aggravated battery and aggravated assault with a deadly weapon. He is being held without bail in Florida.

Corrosion of Conformity has posted several messages on their website, urging people to keep cool during conflicts and to contact security instead of trying to deal with the problem themselves. One statement read, "It's sad that people can't come together for a good time listening to music without something tragic happening." –by CelebrityAccess Staff Writers