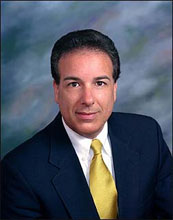 (CelebrityAccess MediaWire) — Foxwoods’ signature “The Wonder Of It All” slogan will soon take on added significance, as the world’s largest casino continues its rapid and remarkable evolution. The Mashantucket Pequot Tribal Nation today unveiled plans for a breathtaking new $700 million resort at Foxwoods, scheduled to break ground this summer. The highly-anticipated development project further solidifies Foxwoods’ position as a world-class resort, casino and convention destination.

Tom Cantone, Vice President of Entertainment and Marketing at Foxwoods, who will be helping with design, construction, and eventually operation of the new 5,000-seat theater, noted “Foxwoods is one of the major players in today’s pop contemporary culture. Chances are, if they’re on the charts, they’re appearing at Foxwoods. This new venue will mean that we will be able to provide an even bigger venue for today’s biggest stars.” Cantone continued, “The world’s biggest casino just got a whole lot bigger.”

The project, scheduled for completion in the summer of 2008, will add nearly 2 million square feet of overall space to Foxwoods, adding to the myriad of choices for visitors. The “new” Foxwoods will feature significantly increased hotel, entertainment, restaurant and gaming venues as well as more spacious and enhanced corporate retreat, meeting and convention resources. The project will also positively impact the local employment landscape, with 2,300 new jobs expected to be generated. Designs for the project have been proposed by two of the countries leading architects. Unique attractions will position Foxwoods as an innovator in the resort, casino, entertainment and convention industries.

"The Tribal Nation made the decision to open a new resort at Foxwoods after careful study of the market," Mashantucket Pequot Tribal Nation Chairman Michael Thomas said. "This major growth of the resort is part of the tribe's master development plan that will make Foxwoods an even more attractive destination resort with a full complement of amenities for our guests.”

Chairman Thomas said the project, approved yesterday by tribal membership, will give Foxwoods four-times more space for corporate meetings, conventions and trade shows, and a multi-purpose entertainment center with a seating capacity exceeding 5,000.
When completed, the new resort will also give Foxwoods an additional 2,900 space parking garage, a fourth hotel and provide 60% more hotel rooms and suites for guests. Currently, Foxwoods has 1,416 rooms in three hotels, including the Grand Pequot Tower and Great Cedar Hotel at the resort proper, as well as the Two Trees Inn adjacent to the resort.

The plans for a new resort at Foxwoods come just months after a $300 million expansion on property, which added a 300-seat Hard Rock Café, a 2,100-space parking garage, a new Wampum Rewards Mega Store, along with additional retail and gaming space. The expansion announcement also arrives as the tribe is preparing to open the Lake of Isles Golf Resort in May 2005. Lake of Isles will feature two world-class courses designed by renowned architect Rees Jones surrounding a pristine 90-acre lake, a 50,000 square-foot clubhouse, corporate villas, and a golf academy.

The following is a breakdown of the project announced today by Foxwoods:

The development project also means a significant number of new full-time jobs. Today, Foxwoods employs 11,500 team members, a number that will increase to 13,800 upon completion of this latest expansion. The original work force at Foxwoods consisted of 2,300 people. –by CelebrityAccess Staff Writers